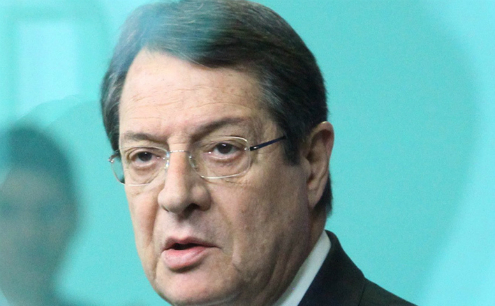 Faithful implementation of the bailout agreement was the only way to restore confidence in the island’s economy, which had been left to follow an unsustainable course for years, President Nicos Anastasiades has said.

“The economic growth we enjoyed until recently was without precedent,” Anastasiades said. “In reality, our economy operated beyond its means, with unsustainable public finances and an oversized banking sector that exposed itself to excessive risks. It’s for these reasons that Cyprus was faced with the harshest economic crisis in decades,” the president told the audience of the 9th Economist conference. “A crisis of incalculable social repercussions, inevitably made worse because of the ‘special solution’ imposed by our lenders,” Anastasiades said. He was referring to an EU decision to seize deposits to recapitalize banks, which devastated the island’s banking sector. But he did not try to shed Cyprus’ responsibilities. “Many of our problems are due to our failure to build a sustainable model for development,” he said.

The president said it was his personal conviction that implementation of the bailout agreement was the only to restore the trust of foreign investors and Cypriots. He acknowledged that many of the terms of the agreement were painful but Cyprus had no other choice since without them the island would follow the downward spiral of other countries in the programme.

“Undoubtedly, the economic environment will continue to be difficult,” he said, but the government will intensify its efforts to recover as soon as possible. Anastasiades said the government was taking courageous decisions, changing what needed to change and implementing bold structural reform. “We are turning the crisis into opportunity, or at least we are trying,” he said.