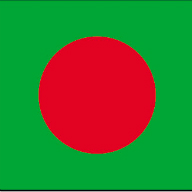 Cyprus-based Midgulf International Ltd has won a tender to supply 50,000 tonnes of wheat to Bangladesh after submitting the lowest offer at approx. €229 a tonne, an official at the state grains purchasing agency says.

Its previous tender drew no response last month amid election-related violence. The unrest, accompanied by transportation blockades, has crippled the country's supply chain, sending annual inflation higher for the second month in a row in December. The government imports wheat to run welfare programmes for the poor and to keep domestic prices stable. Its reserves have fallen to less than 1 million tonnes from 1.4 million tonnes a year earlier. In the last financial year, the state grains buyer could not achieve its import target of 800,000 tonnes mainly because of supply failure by traders. For this year, it has introduced tougher delivery rules to ensure supplies are delivered on time by the winning bidder.

In addition to the government, private traders also import about 2.5 million tonnes of wheat a year to help meet local demand of 4 million tonnes. Domestic output amounts to about 1 million tonnes. Wheat consumption is rising in Bangladesh in line with steady economic growth and changes in lifestyles, though rice remains the staple food for its 160 million people.