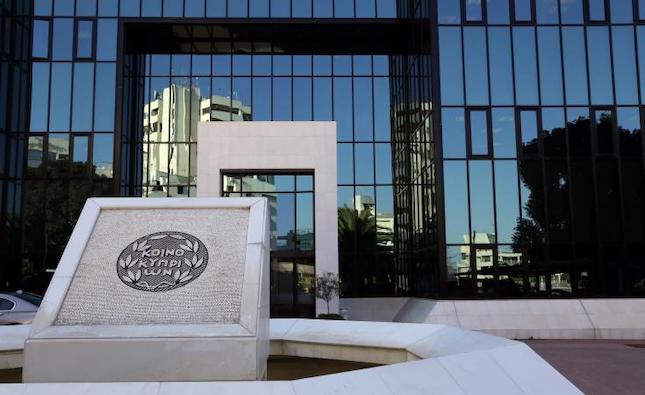 The Bank of Cyprus on Thursday announced that it recorded a profit after tax of €21 million during the first quarter of 2022, €13 million higher than the corresponding period of 2021.

Moreover, it also recorded a profit after tax and before non-recurring items of €27 million, reflecting a 65% year-on-year increase.

The bank’s total income during this time also rose by 7% year-on-year to reach €146 million.

“The first quarter of the year has been characterised by economic growth, which we have supported, evidenced by a record €618 million of new loans extended,” Bank of Cyprus group chief executive Panicos Nicolaou said following the publication of the results.

“This has marked the third consecutive quarter of accelerating loan growth,” he added.

Regarding its operating efficiency, the bank had total operating expenses of €86 million, reflecting a rise of 4% year-on-year.

Additionally, its cost-to-income ratio stood at 59%, one percentage point down over the corresponding quarter of the previous year.

Deposits at the end of the first quarter stood at €17.7 billion, representing a rise of 1% over the fourth quarter of 2021, while it also holds significant surplus liquidity of €6.4 billion.

“Despite inflationary pressures, we kept our total operating expenses (excluding levies and contributions) broadly flat in the quarter at €86 million, reflecting our ongoing efforts to contain costs,” Nicolaou said.

“Our quarterly cost of risk increased modestly to 44 bps in the quarter, reflecting the update in the macroeconomic outlook, but remaining well within our normalised target range,” he added.

In terms of the bank’s capital position, the bank’s CET1 ratio stood at 15.2%, while its Total Capital Ratio was 20.3%, reflecting the impact of the introduction of IFRS 9, a new impairment model.

The bank stated that new lending reached higher levels than the equivalent period in the last year before the pandemic, while at the same time maintaining strict lending criteria.

However, the bank noted economic growth is expected to slow down somewhat this year, with estimates putting this figure at 2.7% for the entirety of 2022, primarily due to increased geopolitical risks.

That being said, growth is subsequently expected to rise to 3.8% in 2023, a figure which is in line with the Ministry of Finance’s Stability Programme 2022-2025.

In addition, rising energy prices have caused inflationary pressures, while global supply chain disruptions have been further worsened by the war in Ukraine.

“We have a dynamic strategy in place, leveraging our strong customer base and customer trust, our market leadership position, and further developing digital knowledge and infrastructure,” Nicolaou stated.

“As a consequence, we have a clear focus on creating shareholder value and providing the foundations for a return to dividend distributions,” the CEO added.

The bank stated that its balance sheet normalisation continued during the first quarter, including through additional organic NPE reduction worth approximately €100 million.

This brought the bank’s NPE ratio to 6.5%, pro forma for NPE sales, while it remains on track to achieve its target NPE ratio of approximately 5% by the end of 2022.

Since we shared our updated medium-term guidance in February this year, the external environment has changed,” Nicolaou said.

“As a result, we now expect to deliver a higher return on tangible equity (ROTE) each year starting in 2023, and to achieve a ROTE in excess of 10% a year ahead of plan,” he concluded.