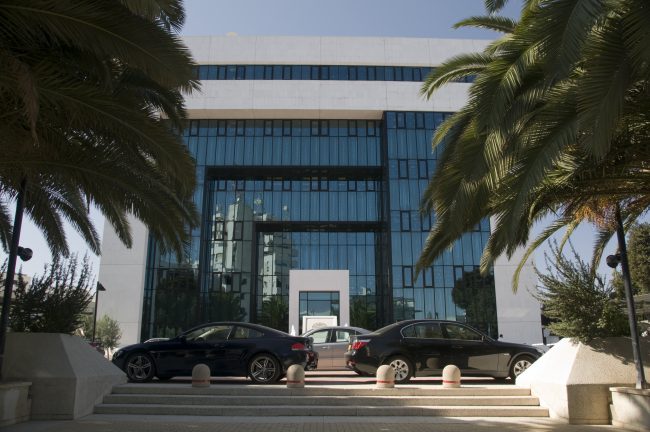 Despite the outbreak of the novel coronavirus at the end of February, and the subsequent lockdown, the Bank of Cyprus showed total Income of €145 million, and operating profit of €52 million for the first quarter 2020.

Results announced by the bank on Tuesday for the first quarter show that the bank’s conservative stance has been effective.

Profit was reduced by the bank’s provisioning €28 million – a classic, conservative banking move that shows caution given that the future evolution of the economy is highly uncertain, as analyst Alex Boulougouris of Wood & Company told the Cyprus Mail.

Axia Ventures analyst Jonas Floriani commented that the results met expectations. “There was stable pre-provision profit generation due to lower operating expenses. Net Interest Income was stable and supported by higher cash collection in the quarter.”

In the results statement for the previous quarter, Bank of Cyprus warned of the negative effects of the crisis on the bank’s results.

However, despite the severe effects of lockdown on the Cyprus economy, the bank has stayed profitable and shown some positive evolution.
It is notable that new lending rose 2 per cent, despite the crisis, with €451 million in new loans.

“There are still no major signs of the deterioration of the loan book, given the government support measures, but we do not rule out seeing the majority of the negative impact hitting the banks’ balance sheets and income statements in 2021,” Floriani noted.

Non-performing exposures (NPE) were reduced to €3.7 billion (€1.6 billion net), and the gross NPE ratio fell to 29 per cent.

“COVID-19 will delay the sale of NPEs, but will prove no more than a short-term blip. The recovery of global and European economic conditions by early 2022 will allow the Cypriot economy to be back on course and in full swing in 2022,” she adds.

Looking ahead, the bank will focus on supporting the community through the difficult conditions caused by the pandemic and the subsequent lockdown, said CEO Panicos Nicolaou, in written statement.

“Our strategy remains clear. We continue our efforts to strengthen the balance sheet, improve our asset quality and enhance the efficiency of our operations through cost reduction enabled by digital transformation. The Group is well positioned, with a good capital base and strong liquidity position, and stands ready to support this recovery and the Cypriot economy,” said Nicolaou.

Sources close to the bank gave a more specific picture of what to expect in the coming year.

Given the bank’s strong liquidity position with a surplus of €3 billion, it is the bank’s intention to make loans to viable businesses and households in an effort to help them survive the crisis, and to help get the economy moving again. It is clear that a very large percentage of BOC’s loan portfolio has been affected by the crisis.

The key factor will be the bank’s ability to determine which businesses and households are viable, but the staff is confident that they can meet that challenge. Further lending to the bank’s client base is intended as an additional support to the community. As businesses begin to operate again, and as the economy improves, better banking results are expected to follow.

Developing new business will be greatly supported by the bank’s ongoing digital transformation which has reached an advanced stage. A very large percentage of the bank’s clientele is digitally engaged, and efforts are being made to make online banking a more logical choice than going to the branch. Most online transactions are being offered either free, or at a very low transaction cost, while branch transactions are made subject to higher charges for the same operations.