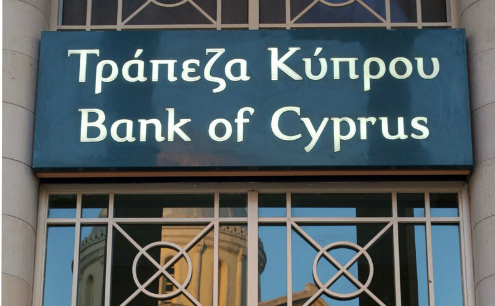 Bank of Cyprus (BoC) on Tuesday reported a €1.8 billion net loss for the first half of the year, impacted by its forced disposal of Greek operations and rising provisions.

The bank, forced to seize client deposits to recapitalise in March, was one of three Cypriot lenders forced to sell itsGreek operations in March in an attempt to ring-fence the eurozone from contagion from a messy international bailout for the island. Disposal of Greek operations resulted in a loss on disposal of €1.4 billion while impairment of loans was €539 million, BoC said. “The elevated provisioning reflects the continued deterioration in the loan portfolio due to the advancing recession and the ongoing reduction in collateral values in Cyprus.”

BoC made a loss of €134 million a year earlier. Since then it has been transformed by the forced acquisition of assets of now-defunct Laiki Bank and the Greek asset disposal this year. CEO John Hourican conceded that the lender was faced with “unprecedented challenges” but the course of action was clear. “Our priority remains to restore investor and customer confidence in the Bank,” he said. “This can only be achieved through our focusing on arresting asset quality deterioration, making progress on non-core disposals and maintaining capital ratios so as to build a strong platform for the safe return of depositors to the Bank.”

Based on new Central Bank definitions for non-performing loans the bank had an NPL ratio of 36% in the first half of the year. Bank of Cyprus seized 47.5% of clients’ deposits exceeding €100,000 to recapitalise itself when international lenders discussing a bailout for Cyprus refused to inject cash into the bank. It is the first time in the history of the eurozone crisis that client deposits were tapped to boost regulatory capital. Based on central bank guidelines its core tier 1 capital should exceed 9%. The bank presently has a core tier 1 ratio of 10.5%. “The Group’s Core Tier 1 capital ratio has been restored to 10.5%. The restructuring plans are underway and the Group is taking decisive steps to deal with non-performing loans, strengthen risk management and defend its deposit franchise,” Hourican said.

The Group’s total deposits were €17 billion on June 30, 2013 compared with €28.4 billion at the end of the previous year. The drop is primarily due to the disposal of €7.7 billion deposits in Greece and the conversion of €3.8 billion of deposits to equity as per the Bank’s recapitalisation. Deposits in Cyprus account for 85% of Group deposits, Russia, 7%, and deposits in the United Kingdom for 8%. The Bank’s deposit market share in Cyprus was 30% at the end of June.

Customer deposits remain the Bank’s primary source of funding and accounted for 51% of assets, while the Bank’s net loans to deposits ratio totalled 140%. Following the absorption of Laiki, Emergency Liquidity Funding was €11.1 billion – some €9 billion came from Laiki. At present, the lender, ELA was €9.8 billion and funding from the European Central bank €1.3 billion.

The Bank said it aimed to increase the contribution of deposits towards its funding and to reduce the reliance on funding from Central Banks, and in particular its reliance on ELA.