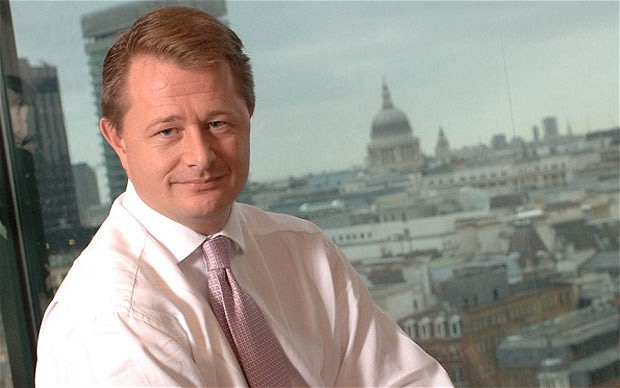 The board of the Bank of Cyprus (BoC) announced the appointment of John Patrick Hourican as the bank’s new CEO.

His appointment was considered one of the key priorities of the board. In January 2012 the Irish national was appointed Chief Executive of Markets and International Banking at the Royal Bank of Scotland (RBS), having served as Chief Executive of its predecessor, Global Banking and Markets, since October 2008, around the time when the bank was recapitalised by the British state. The BoC press release said Hourican contributed to “the successful redefinition of the Group’s strategy which remained competitive in international markets recording significant profits”.

From 1997 until 2008, Hourican held a variety of positions across the RBS Group, including Chief Financial Officer of ABN AMRO Group, Head of Leveraged Finance and Chief Operating Officer of Global Banking & Markets. He received a degree in Economics and Sociology from the National University of Ireland and received a postgraduate diploma in Accounting from Dublin City University before starting his career at Price Waterhouse, where he worked in Dublin, London and Hong Kong. He is a fellow of the Institute of Chartered Accountants in Ireland.

The BoC board said his appointment was made taking into account his qualifications and experience. “The Board of Directors believes the appointment of the new CEO is a key step in the implementation of the restructuring development of the bank’s activities to the benefit of our shareholders, our clients and the economy of the country,” the statement said.

Board chairman Christis Kasapis described him as a “dynamic, experienced and qualified professional in the international banking sector who is able to respond effectively to the challenges facing the Group”. “Welcoming Mr Hourican to Cyprus, we feel confident that under his direction and in close cooperation with the board, we will begin a new chapter in the history of the Group, contributing positively to the economic life of the country,” he added.

As part of the recent €10 billion bailout of Cyprus, international lenders demanded the winding down of Laiki bank and the restructuring of BoC, which entailed being lumped with most of Laiki’s assets, including €9.2 billion in emergency liquidity assistance. BoC shareholders were wiped out while large depositors saw a 47.5 per cent haircut on savings to help provide a significant buffer for the bank over the next three years, in the face of an increasing non-performing loan portfolio.