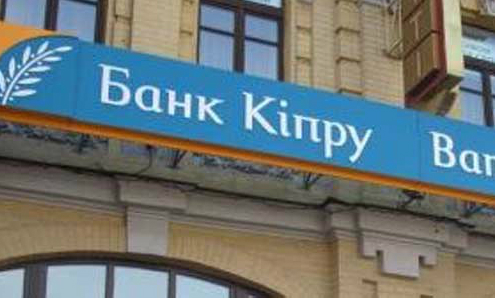 Bank of Cyprus says it is positively viewing a revised offer to sell its Ukrainian subsidiary to Alfa Group, although the price is thought to be lower than initially agreed.

The Cypriot lender announced in January 2014 that it would sell its loss-making PJSC Bank of Cyprus unit in Ukraine for €225 million to ABH Ukraine Ltd., part of Russia’s Alfa Group.

That was before the overthrow in February of Moscow-backed Ukrainian President Viktor Yanukovich and Russia’s annexation of Ukraine’s Crimean region last month, a move that sparked the biggest standoff between Moscow and the West since the Cold War.

Chief Executive John Hourican said recently that the sale was still on track. A source familiar with the talks said Alfa was offering less than initially agreed for PJSC but that a precise amount had not been finalised. Cypriot press has reported that Alfa’s revised offer is about 10% lower than agreed in January.

Alfa Group is Russia’s largest privately owned banking group. Last week, it said that instability in Ukraine, where it has significant exposure, was hurting its financial position.

Cyprus and Russia have had close financial links for decades, with Russians having used the island as a safe haven for their money since the Soviet Union collapsed in 1991. Bank of Cyprus has six Russians on its 15-person board of directors after dramatically converting large deposits, many held by Russians, into equity to avert a collapse last year – a condition of Cyprus’ international aid package. The lender has been trying to extricate itself from non-core markets ever since.