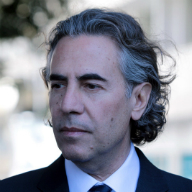 Bank of Cyprus recently announced a scheme that offers its unemployed customers the option to pay only a nominal €10 per month instead of paying their regular home installments for a year.

The moves comes in an effort to alleviate stress on people unable to meet their loan repayments. Speaking during a joint press conference with the Minister of Labour Zeta Emilianidou, the bank's board chairman Christis Hassapis said that this way, the housing loans of the banks’ unemployed clients will be considered as performing "and so all these people will be able to sleep more peacefully at night". He stressed that the scheme could be extended to a maximum three years given that the customer will still be without a job.

As he said, when a customer finds employment then the option would be offered to pay for the period of a year only the interest for the loan. He added that if the unemployed customer has a housing loan with an estimated value of the mortgaged property under €250,000, then the interest rate of the mortgage loan can also be reduced up to 2%, without, however, falling below 3.75%. On her part, the Labour Minister thanked the Bank of Cyprus for this very important, as she described it, announcement of the new scheme while she stressed the government’s concern for the unemployed persons and pointed out that the primary objective is to ensure that these people will not lose their homes.