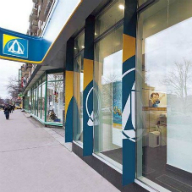 Bank of Cyprus to benefit from Uniastrum sale

The sale of its Russian subsidiary Uniastrum will benefit Bank of Cyprus (BoC), Moody’s Ratings agency said recently, despite the €29mln accounting loss incurred by the lender.

It will also allow BoC to focus on its considerable domestic challenges, mainly the high rate of non-performing loans.

“Although BoC will record a €29 million accounting loss as a result of the (€7mln) sale, the bank will benefit because withdrawing from the Russian market insulates it from the risk of additional losses from a weakened Russian economy,” Moody’s said.

BoC acquired an 80% stake in Uniastrum in 2008. Its aim was to benefit from the growth in the large Russian marker and synergies in its international business derived from a favourable tax regime for foreign businesses registered in Cyprus.

However, things did not go as planned. Moody’s estimates that BoC lost more that €700 million on the acquisition.

“Nevertheless, since BoC has incurred the bulk of this loss already, the bank’s regulatory common equity Tier 1 capital ratio following the sale will improve by around 30 basis points to 14.2% owing to the decline in its risk-weighted assets,” the agency said.

The deal insulates the lender from any downside risks linked to the Russian economy. Moody’s said it expects Russia’s real GDP to contract by 3.0% in 2015 and remain flat next year.

“This has been the case with Uniastrum in the past and BoC funded these outflows.”

Moody’s said BoC has made goof progress selling foreign assets but it still faced significant asset quality challenges domestically, “which it has been slow to address.”

The bank’s ratio of NPLs to gross loans was 53.1% as of March 2015, while cash coverage of the domestic NPLs was low at 38% — the balance is covered by tangible collateral of mainly real estate.

Although revised Central Bank regulations and a recently amended legal framework governing foreclosures will likely speed up loan workouts and recoveries, their effectiveness has not been tested yet, the agency said.

And a potential Greek exit from the euro area would risk side-tracking the bank’s efforts to address its asset quality.