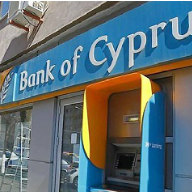 Bank of Cyprus (BoC) workers will see their salaries cut by up to 30 per cent while allowances will be either scrapped or cut by half, it was announced on Tuesday.

The stricken lender said it had agreed with bank employee union ETYK on the pay cuts but discussions continued on the voluntary exit plan. The cuts, plus shedding 1,000 plus staff out of a total of 5,500, will save BoC around €100 million. The bank’s monthly payroll currently amounts to €25m. It will also be closing 30 branches. The bank is currently in administration following a Eurogroup decision to close Laiki and impose heavy losses on deposits over €100,000 to recapitalise BoC. BoC has absorbed certain Laiki assets and its staff. Cutting its operating costs is a main component of restructuring the lender as it struggles to exit administration and regain confidence. “We look forward to the BoC exiting administration as soon as possible,” government spokesman Christos Stylianides said. “There is a target for the end of July.”

The agreement between the BoC and ETYK provides for staggered cuts between 11 per cent and 30 per cent. Gross annual revenues of €10,000 will remain untouched, while those earning over €114,000 will lose 30 per cent of their income. Some allowances will be scrapped while others will be cut by 50 per cent, according to the agreement. The handling of the employees’ provident fund is key to the success of the voluntary retirement scheme. Their funds have also suffered a ‘haircut’ along with uninsured deposits since they were not covered by the deposit protection scheme.

The government has pledged to limit the losses of provident fund members to around 25 per cent of the amount they would have received before the EU decision to restructure the two Cypriot banks. Many bank employees who had borrowed heavily counting on their retirement fund as security, were now stuck with the loans.