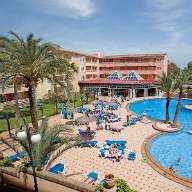 Hotel-management chain Aqua Sol, owner and administrator of 15 hotels in Cyprus, Rhodes and Crete, along with its nine subsidiaries has been placed under receivership for its failure to comply with its contractual obligations with the Bank of Cyprus, it was announced recently.

According to a June 2013 BoC internal report leaked to the press, Aqua Sol had been extended total credit of €99 million, of which €23 million were in arrears, and approximately €9 million over 90 days past, and the company was deemed a ‘high-risk’ borrower as its loans were restructured on an annual basis.

“The Company Aqua Sol Hotels Public Company Limited and various associated companies have been lawfully placed, as from 13 October 2014, under Receivership, based on the provisions of Floating Charges issued by the Companies in favour of Bank of Cyprus Public Company Ltd,” an announcement by the appointed received, Eleftherios Philippou, read.

In addition to property collateral, in 2009 Aqua Sol had issued €70 million worth of company securities as collateral to the BoC, which allowed the bank to place the company under administration in case of non-payment.

“It is my intention to continue to trade the hotels in order to maximise the value of the business and assets for the benefit of the Companies and their creditors,” Philippou’s statement said.

“I shall be working closely with the Companies’ suppliers, employees and tour operators in order to minimise any disruption.” One of the largest hotel-management groups in Cyprus, Aqua Sol was established in 1992 as Narcissos Hotels and operated out of Larnaca.

In 1999, the company was renamed Aqua Sol shortly before its listing on the Cyprus Stock Exchange.

Aqua Sol found itself in the limelight last April, when the Archbishopric-owned Sun Hall Hotel in Larnaca’s Phinikoudes Avenue became the object of a short-lived war of words between Aqua Sol and Archbishop Chrysostomos.

Following an unannounced visit to the Sun Hall – to which TV-channel cameras were mysteriously present – Chrysostomos announced to the hotel staff that he was taking over the hotel’s management as the leasing agreement with Aqua Sol had expired.

Aqua Sol rejected Chrysostomos’ claims, arguing it had activated a renewal clause in the leasing agreement, and the matter was subsequently settled privately.