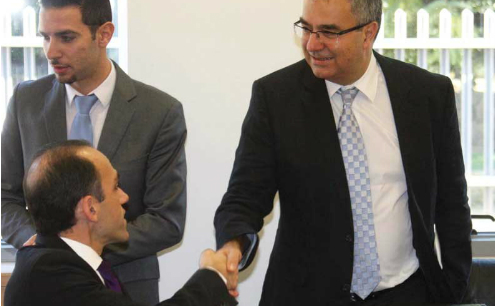 Cyprus’ banking sector is expected to show further losses in 2014 as the economy worsens and banks book rising non-performing loans, but the sector is adequately capitalised, the head of its Central Bank (CBC) has said.

Panicos Demetriades also told the House finance committee the island would see an economic contraction of less than the 8.7% forecast by international lenders this year, but that risks were on the downside for 2014. The recapitalisation of the banks, Demetriades said, had made capital buffers in the banks adequate to absorb any further oscillations to the sector in 2013 and possibly next year. “Any anticipated losses are expected to be sufficiently covered and the sector will gradually stabilise and recover,” Demetriades said.

The governor is embroiled in a bitter dispute with President Nicos Anastasiades, who has accused Demetriades of mismanaging the bailout and saddling banks with billions in emergency liquidity assistance in the lead up to the bailout in March. Demetriades has repeatedly said he will not resign, even though acknowledging his relations with the government are dysfunctional.

His appearance in front of the House committee was his first in public since the president reiterated last week he had consulted lawyers about his removal. “It is important that the image our country projects on the functioning of institutions is a positive one,” Demetriades told lawmakers, implying the need for CBC independence to be respected. Reports over the weekend suggested that the presidential palace had asked Demetriades to resign on Friday, offering a generous compensation package of some €400,000. The offer was rejected. Demetriades had also cancelled a CBC board meeting scheduled for Monday afternoon. It later went ahead as planned following the reaction of board members.

In an interview to the Financial Times that was recently published, Demetriades said his relationship with the president was “not a sustainable state of affairs”, but insisted he would not resign. “I don’t think that would be the right thing to do,” he told the FT. In the interview, Demetriades insisted the CBC’s handling of the crisis, together with international lenders, had been “phenomenal”. “The Central Bank took the lead in actions that stopped Cyprus going over the cliff,” he said.