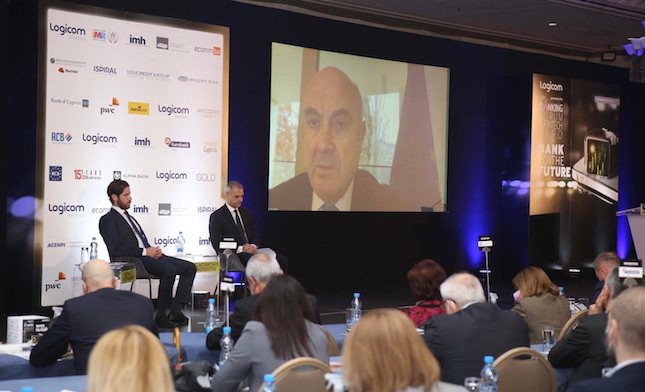 Banks must evolve to compete with Fintechs, Herodotou says

Banks need to rethink their business model to be able to better compete with financial technology (fintech) companies, Central Bank of Cyprus governor Constantinos Herodotou said at the Banking Forum and Fintech EXPO event in Nicosia.

Herodotou participated in a panel discussion with European Central Bank vice president Luis de Guindos, with the discussion examining the management of the risks posed to the banking system by the evolution of fintech companies.

According to technology platform Tipalti, 64% of consumers around the world have used one or more fintech platforms, almost double the percentage from 2017 (33%).

Moreover, 96% of global consumers are aware of at least one fintech service or company, reflecting their transformation from niche services to household names.

“It is important to stress the need for banks to transition quickly to this new reality, with the adoption of digital tools and work models that ensure competitiveness, resilience, but also to meet the modern requirements not only of the business world but also of consumers,” Herodotou said.

The CBC governor added that the European Union’s banking sector’s profitability issues, as well as the intense competition it faces by fintech companies, can “act as a catalyst for accelerating their digital transformation”.

Meanwhile, Luis de Guindos, who joined the panel discussion from Frankfurt, echoed Herodotou’s thoughts on the Eurozone banking system being threatened by low profitability and the increased prominence of fintech companies, but also added risks stemming from climate change.

“Climate change is the next challenge for humanity during the next decade,” de Guindos said, adding that “Central Banks must make their own contribution in addressing climate change along with governments”.

The ECB vice president also commented on the rising inflation in Europe as the continent recovers from the adverse effects of the pandemic, saying that inflation “in the second half of the year will start to decelerate even more and will converge to our target of 2%.”

De Guindos said that inflation will not fall as rapidly to the aforementioned 2% target as the ECB predicted a few months ago, attributing this to supply-side bottlenecks.