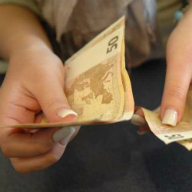 Lending became more affordable for bank customers in Cyprus as interest rates for new loans to households and corporations dropped in July 2016, the Central Bank of Cyprus said.

The rates on new mortgages and consumer loans dropped by 5 basis points and 46 basis points in July, to 2.94%, and 4.01% respectively, the CBC said in a statement on its website.

For new loans exceeding €1m companies paid an interest rate of 3.71% on average in July, compared to 3.76% the month before, the CBC said. Rates on loans below €1m remained unchanged at 4.23%.

The downward pressure on rates also affected corporate depositors, who received a rate of 1.39% on their new deposits with a maturity of up to 12months in July, compared to 1.45% in June, the CBC said. On the other hand, the rate on household deposits increased by 2 basis points to 1.51%.