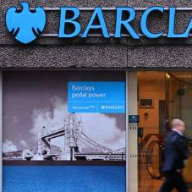 Barclays bank plans to downsize worldwide and its two branches in Cyprus are also affected with only about 20 out of about 45 employees keeping their jobs.

Bank employees union ETYK spokesmanChristos Konomis said: “We are not happy with the fact that so many people will become redundant because unemployment in Cyprus is high enough. But we have to admit that Barclays management in Cyprus were very honest and very understanding. We have been negotiating for the two months now and have achieved a lot. The initial thought was for both branches in Cyprus to close down,” he added. The British lender has braches in the capital of Nicosia and in coastal Limassol.

A Barclays spokesperson in Nicosia said: “As part of its new global strategy, Barclays Wealth and Investment Management recently announced that it would undertake a full review of its Cyprus business”. And added: “Following a thorough review, we confirmed at the end of last year our commitment to maintaining a presence in Cyprus in both Nicosia and Limassol, but that this will be in a reduced form. We are committed to fully supporting our clients and employees through this transition”.