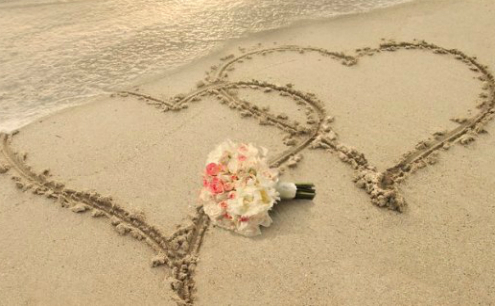 Cyprus’ popularity as a civil wedding destination for Middle Eastern couples has become the subject of a BBC online article and video.

The BBC noted that Cyprus carries out some 3,000 weddings for couples from across the Middle East every year, and that the number is growing.

“The Mediterranean island promotes itself as the birthplace of Aphrodite, the ancient Greek goddess of love and beauty, but the reason for its popularity is much more prosaic: it offers civil marriages,” the BBC said.

The report noted that across the Arab world and Israel the concept of civil marriages was virtually non-existent and only religious weddings are allowed, making Cyprus an attractive option for both mixed-faith and secular couples.

In the video Rachelle explained that she and husband Abdul, both from Lebanon, had chosen to marry in Cyprus because she is Christian and he is Muslim.

Also, some Israelis who emigrated from the former Soviet Union also choose to tie the knot in Cyprus because Israel’s Orthodox Chief Rabbinate does not recognise some 350,000 them as Jewish, the BBC noted.

Another Israeli couple, Raz and Or, meanwhile, said they did not want all the trappings of a religious wedding although they did choose to incorporate some elements such as smashing the glass at the end.

See below for a link to the original BBC story and video: