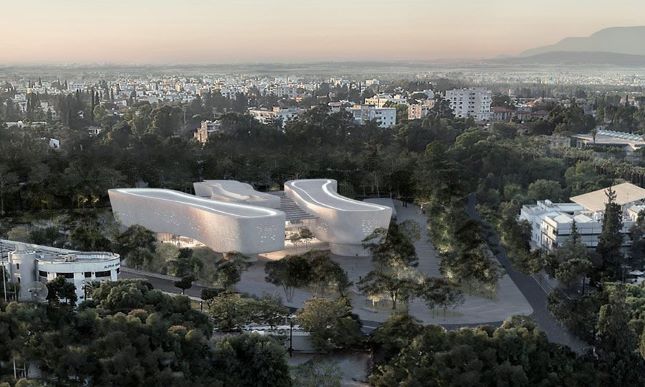 The greatest culture project implemented by the Government, the new Cyprus Museum, is underway following an announcement on Wednesday for the tender of the construction contract.

The announcement of the tender was made by the Minister of Transport, Communications and Works, Yiannis Karousos, during an event in Nicosia for the presentation of the project.

Tenders will be open until July 1, 2022 and contracts will be signed around the end of the new year.

Construction will be completed within 42 months after the signing of the contracts and it will take around 18 months for the exhibits and all other work necessary to be transferred and completed.

It was also noted that the new Cyprus Museum will be built on an area of 40,000 square meters and at a cost of €121.380 million, which is the highest sum in the ministry’s budget for 2022 and confirms the government`s will to invest in the field of culture.

The new museum will be erected at the site of the old Nicosia General Hospital and will include permanent exhibition areas hosting 6,500 exhibits, temporary exhibits, conservation workshops, warehouses, library, amphitheater, offices and landscape. The area will also include a new public square.

Minister Karousos said that the biggest project in the state budget at the moment is a culture project, “(which is) the new Cyprus Museum and it says a lot about our support towards culture and our society”.

The construction of the new Cyprus Museum is part of the broader strategy of the state to promote cultural tourism.

The current museum was built by the colonial government in 1908, at the request of scholars at the time, who saw the urgent need for the proper exhibition and preservation of the island’s antiquities.

He said that despite all the additions and renovations made in the past, “this historic building is no longer able to meet the multidimensional roles that a modern, national archaeological museum is expected to have”.

The Cyprus Museum will have free admission, a policy approved by the Council of Ministers, and will apply to all museums in the Department of Antiquities, the Minister added.

Antiquities Department Director Marina Ieronimidou said the decision to construct a new museum was “dictated by the need to highlight and preserve the Department of Antiquities’ collections through modern museological means”.

It will also constitute an evolution of the old Cyprus Museum, allowing it to project a more powerful public image and to function interactively as a meeting ground of ancient civilizations in modern settings.

In his remarks, Nicosia Mayor Constantinos Yorkatzis said he was very pleased with the implementation of the project.

“I am sure that the new archaeological museum will give new identity and value to the important area where it will be erected opposite the site of the House of Representatives, very close to our renovated Municipal Theatre and within the walls. The location of the new Museum is in a key position, in the area of administration and culture and confirms its importance for the capital and for Cyprus as a whole", he noted. (CNA)