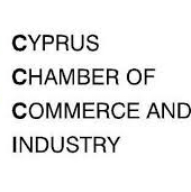 A group of Cypriot businesses with strong presence in Greek markets have engaged the Cyprus Chamber of Commerce and Industry, in a concerted effort to decide on a response to the Greek government’s decision to impose a 26% punitive tax on imports from certain countries.

The levy, imposed on “uncooperative” or “privileged tax” jurisdictions and listing – among others – Bulgaria, the Former Yugoslav Republic of Macedonia, Ireland, Albania, and Cyprus, is designed to be returned to importers after they have proven that the funds withheld relate to a legitimate transaction.

But introduction of the measure caused a stir in Cyprus earlier this week, with professional bodies calling on the Cyprus government to pressure Greece into exempting Cypriot businesses.

“As Cypriot exporters to Greece we need to organise in a bid to reverse implementation of the law by ministerial decision,” an invitation to a gathering set for Monday read.

The event will be a forum for discussion with a view to agreeing on “dynamic measures”, according to the organisers.

“This law was voted to combat transactions with countries with corporate tax up to 13%, typically used for triangular transactions where the bulk of profits are reported in the low-tax jurisdiction,” one of the organizers said.

But, she argued, in the case of Cyprus the Greeks have mistakenly lumped local companies – which are taxed 22.91% on profits – with offshore companies, which only pay a 12.5% tax.

Therefore, local companies should be distinguished from offshore ones in the eyes of the law.

“Obviously, the impression in Greece is that local companies are taxed the same as offshore ones,” the source told the Cyprus Mail.

Proposed ways, in which such distinction could be made, include the shareholding structure, jurisdiction of the bulk of a business’ sales, employing at least five Cypriot residents, and the payment of direct or indirect taxation in Cyprus, such as income tax, value-added tax, property tax, and municipal fees.

“We call on the President of the Republic, the responsible ministers, deputies, and bodies, to exert their influence on the Greek government so that a decision to implement the law is not made,” Cypriot exporters to Greece pleaded.

According to CCCI general secretary Marios Tsiakkis, export activity from Cyprus to Greece has been estimated around €0.5 billion annually.