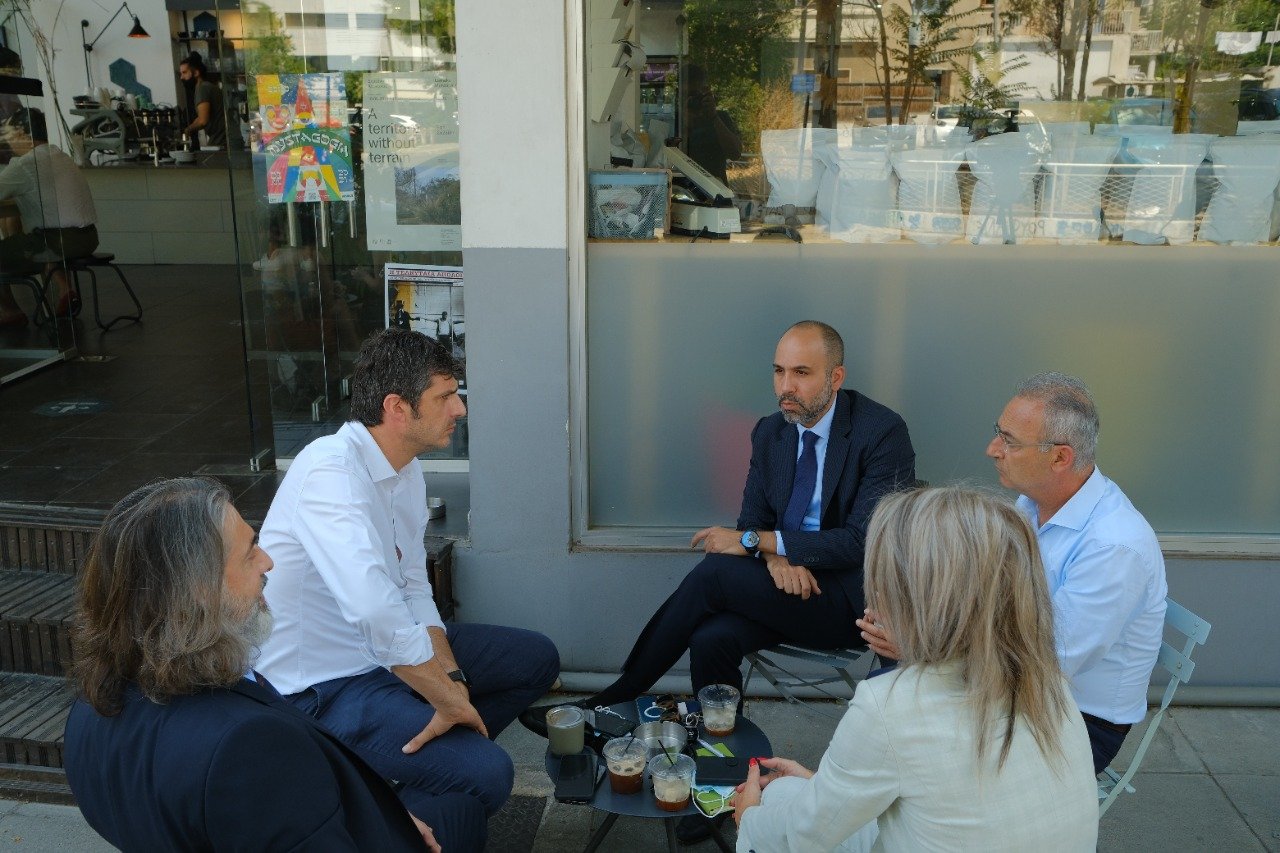 The European Innovation Scoreboard made public earlier this week testifies to the progress Cyprus has made in innovation, the Republic’s chief scientist Dr Nicolas Mastroyiannopoulos said on Wednesday after a meeting with a Disy delegation.

The delegation was made up of Disy president Averof Neophytou, spokesman Demetris Demetriou and the party’s director for communication, innovation and digital Stavriana Kofteros.

Citing the scoreboard, Kofteros noted that Cyprus was among the five EU countries with the best improvement in innovation.

“This is a big day for Cyprus, it also shows the hard work that has been done by the research and innovation ecosystem and all its stakeholders and at the same time the big prospects our country has, particularly taking into consideration the prospects opening up with the €4.4 billion (of the recovery fund),” she said.

Mastroyiannopoulos said there were innovative companies in Cyprus who were working to raise Cyprus on the innovation and research tables. “This is a model on which we are betting as Cyprus so as to reach markets and increase the country’s competitiveness,” he said.

A lot still needed to be done, though the European Innovation Scoreboard shows that there has been considerable improvement in cooperation between technology and innovative companies and there is increased interest in investments in this sector.

According to the innovation scoreboard, five EU countries witnessed an improvement in the performance of 25 percentage points or more (Cyprus, Estonia, Greece, Italy and Lithuania).

Cyprus is described as a moderate innovator in Linkages, Innovators, and Employment impacts. The top three indicators include international scientific co-publications, innovative SMEs collaborating with others, and population with tertiary education, according to the section of the report on Cyprus.

The strong performance improvement between 2019 and 2021 is due to very strong increases in several indicators, including venture capital, broadband penetration, product innovators, and innovative SMEs collaborating with others, it added.

But Cyprus is showing below average scores on the climate change related indicators.

Sweden continues to be the EU Innovation Leader, followed by Finland, Denmark and Belgium, all with innovation performance well above the EU average.

In the global landscape, the EU is performing better than its competitors like China, Brazil, South Africa, Russia, and India, while South Korea, Canada, Australia, the United States, and Japan have a performance lead over the EU.

This year’s European innovation scoreboard (EIS) is based on a revised framework, which includes new indicators on digitalisation and environmental sustainability, bringing the scoreboard more in line with the EU political priorities.