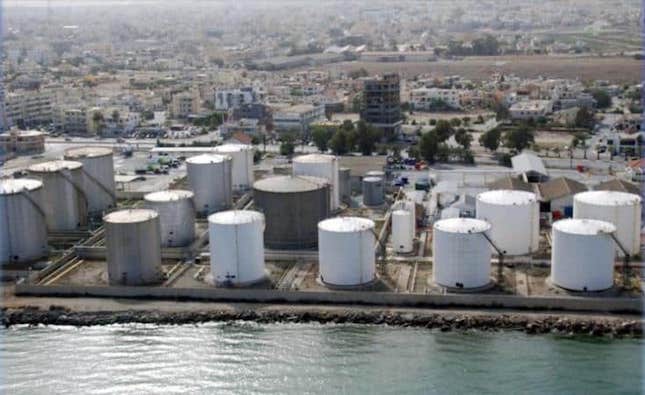 Big plans for reclamation of old refineries area in Larnaca

Larnaca municipality is aiming to redevelop the area of the old oil refineries into a people-friendly, urban space, Mayor Andreas Vyras said on Tuesday.

Moving the oil storage facilities is expected to free up two to three kilometres of coastline.

Part of the new multi-million reclamation project includes the creation of an urban square along the Larnaca-Dhekelia road, an embankment in the form of an extensive public linear park spanning the coastal front, a multifunctional environmental axis on Psiloritis Street, the remodeling of the Archangelos Kamitsis river, the creation of family neighbourhoods, a garden city (Arkoleivada) and the completion of the road network.

“All this is happening because of the relocation of the oil and gas facilities from the coastal front of the city. This process of moving was difficult, persistent, and very complicated and lasted for many years,” he said.

The mayor said the process was being brought to close after the cooperation and assistance of Larnaca’s district development committee, MPs, ministries, the oil companies “and most of all the people of Larnaca”, Vyras said.

In May 2018 Petrolina demolished the first fuel tank – the largest in capacity ever built in Cyprus. The company began dismantling 19 more fuel tanks of a total capacity of some 40,000 cubic metres in March this year with a view to clearing the area within three months. The facilities in Larnaca date back to 1960.

Hellenic Petroleum, another company based there also began demolished its tanks in April this year and were due have cleared the area by summer. The demolition included dismantling all buildings, pipelines, tanks and machinery which were part of the company’s petroleum storage and distribution facility. A third company, ExxonMobil, was expected to take an additional two or three months.

The companies are moving to the Vassiliko ‘energy hub’.