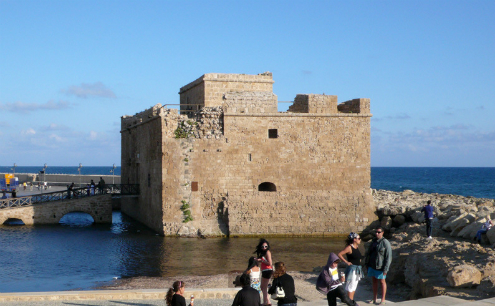 As the summer 2016 season ends, efforts to increase tourism for the coming months are being ramped up in Paphos.

The head of the Paphos regional board of tourism, Nasos Hadjigeorgiou, said that along with other stakeholders such as hoteliers, they are accelerating efforts to promote the region until the beginning of April next year.

“This is the peak promotional period when most of the activities take place,” he told the press.

With this in mind, from last week the tourism board have accommodated journalists from Denmark, Finland and the UK. They have also participated in a workshop in Ekaterinburg Russia, organised by the Cyprus Consulate there, and the CTO.

All these actions were undertaken in just one week, which is usual for this time of year, said the tourism head.

“This week we are finalising our preparation for participation in the annual World Travel Market- WTM-Exhibition in London early November.”

Held from 7-9 November, the WTM, provides an opportunity for the global travel trade to meet, network, negotiate and conduct business. The event, now in its 37th year and generates more than £2.5 billion of travel industry contracts.

“This is one of the biggest such event in the world, and a good opportunity. We will also soon complete the programme/action plan for the year 2017. Obviously the main highlight for us is the Culture Capital of Europe title and we are also hoping to target markets with good air links and prospects.”

These markets include Israel and France, he said.

Hadjigeorgiou said that overall it has been a good year for tourism in Cyprus and that Paphos has had its share of that success. Arrivals were up, he said, but stakeholders are still focusing on a goal to ease seasonality.

“It’s our main aim to expand the summer season,” he said.

Many other similar actions would be undertaken in the coming months, he said.

“They are very effective and part of a larger attempt in co-operation with hoteliers, the CTO and other stakeholders to increase tourism to Paphos as an all year long tourist destination.”