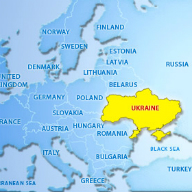 After its ratification by all EU member states, the EU-Ukraine Association Agreement will constitute a solid base for comprehensive reforms in Ukraine.

The agreement, which includes a deep and comprehensive free trade area, is a pioneering document which will not only open up our markets further but also address competitiveness issues and will show the steps needed for Ukraine to meet EU standards and trade rules for the EU markets including Cyprus.

With US $11.7 billion of investment as of April 2015, Cyprus remains the biggest EU investor in the Ukrainian economy. In order to increase investments, the Ukrainian government has initiated reforms aimed at improving the investment climate in the country. Despite the current situation in Ukraine our bilateral trade relations remained steady in 2014 as well. The turnover of goods between our two states increased by €0.7 million and amounted to €34.8 million according to the State Statistical Service of Cyprus. Moreover, 41,093 Ukrainian tourists visited Cyprus in 2014.

There are many Ukrainian companies looking for an opportunity to start a mutually beneficial co-operation with Cypriot partners in various spheres of economy. Some of them, like the Kiev based company Integro Green Technologies, are ready to help Cyprus to overcome its waste maintenance problem by introducing projects for recycling of solid waste (used tyres and plastics) with subsequent production of mineral resources such as oil, carbon and metal. Others, like Lviv based company, UniDrillTech, are ready to cooperate in the fields of water drilling and the mining, oil and gas industries. This is a clear sign of increasing interest in promoting business-to-business contacts.

Unfortunately, because of the conflict in Ukraine, the Ukrainian economy has been seriously damaged. According to official data, 80% of the infrastructure and industrial potential of Donetsk and Luhansk regions of Ukraine have been destroyed. Significant damage has been caused to residential areas of the region. More than 1.4 million of people have become internal refugees. Ukraine is forced to spend up to US $5-7 million per day on defence and security in its conflict with Russia. This has had a hugely negative impact on the economic and social development of Ukraine. That is why we are very thankful to the EU and all its member states, which provide us with the real help and support.

The Ukrainian government is now looking for ways to overcome Ukraine’s state debt problems and to increase state revenues by expanding the tax base, particularly by reducing the shadow economy and strengthening the fight against tax evasion, while decreasing the pressure on law-abiding taxpayers. The mandatory use of a Register of Payment Transactions was recently introduced to taxpayers with an income of more than UAH 1 million per year, an electronic system of VAT management was introduced and reform of the State Fiscal Service was launched. Some efforts have also been made aimed at bringing existing bilateral tax cooperation agreements with European partners under the Organisation for Economic Cooperation and Development (OECD) model Convention in order to prevent flow of capital abroad.

Experts from the ministries of finance of Cyprus and Ukraine have agreed on mutually acceptable amendments to the Convention for the Avoidance of Double Taxation in accordance with the recommendations of the OECD. The key changes proposed were the raise of tax rates for certain types of passive income starting from January 2019.

Although Ukraine is not a member of the OECD, in February 2013 the Ukrainian cabinet approved an action plan for deepening cooperation between Ukraine and the OECD for the period 2013-2016 and since then has tried hard to achieve its standards.

The next important step to boost the traditionally good cooperation between Ukraine and Cyprus is the ratification of the EU-Ukraine Association Agreement by the House of Representatives. The agreement is the expression of support for Ukraine and is the policy of European Union overall. The ratification of the association agreement by Cyprus’ House of Representatives will reiterate Cyprus’ steady support for Ukraine’s Euro-integration process and bring Ukraine closer to common European standards in the areas of the economy, finance and taxation. It will also intensify economic cooperation between Cyprus and Ukraine. Olena Galushka is temporary head of mission at the Ukrainian Embassy in Nicosia.