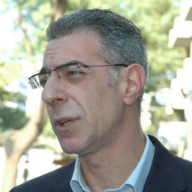 The government has drafted a bill that establishes a national watchdog for the financial sector, however there is concern among some MPs that the legislation lacks real bite.

At a recent House commerce committee, lawmakers got a first glimpse of government legislation setting up a macroprudential authority. Macroprudential regulation characterises the approach to financial regulation aimed to mitigate the risk of the financial system as a whole (or 'systemic risk'). The legislation identifies the Central Bank of Cyprus (CBC) as the macroprudential authority. It’s based on the December 22, 2011 recommendation of the European Systemic Risk Board (ESRB), under which member-states were urged to designate in the national legislation an authority entrusted with the conduct of macro-prudential policy.

Under the ESRB recommendation, that authority must be entrusted “as a minimum with the tasks of identifying, monitoring and assessing risks to financial stability and of implementing policies to achieve its objective by preventing and mitigating those risks. Had this legislation existed in Cyprus three years ago, it might have saved us,” DISY deputy Prodromos Prodromou later told reporters. Significantly, the ESRB also recommends that the macro-prudential authority (in Cyprus’ case, the Central Bank) be ultimately accountable to the national parliament. MPs here were quick to spot that this accountability proviso was absent from the bill they were shown. The legislation was submitted by the finance ministry, but it’s understood that its author was the Central Bank.