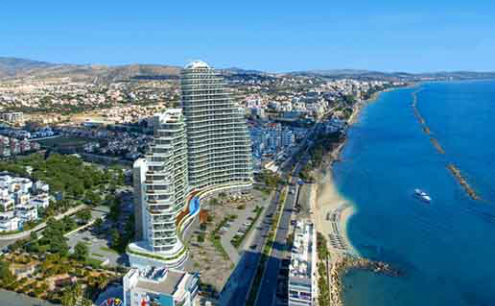 With the launch of Bitcoin Cash (BCH) by Coinbase and Gdax, the adoption of the cryptocurrency is likely going to accelerate further. To help local users, developers, and investors meet and discuss this, there is going to be a new bitcoin cash community center in Cyprus.

Limassol, Cyprus’ second city, is getting its first bitcoin cash embassy to open in early 2018. The venue will serve as an open community center where people can talk about the cryptocurrency, participate in free discussions and attend regular meet-ups with industry experts. It will be hosted by Hello Group, the fintech company which launched the city’s first bitcoin ATM a month ago.

Cyprus is anideal location for cryptocurrency to take hold. The island servers as a regional offshore financial center for many companies from Europe, Russia and the Middle East that need cost effective solutions to transfer money across borders. Individuals are also more prone than others to see the benefits of a currency only they hold the keys to, especially with the memory of the 2013 EU ‘bail-in’ crisis still fresh. As evidence for this, the country’s University of Nicosia was the first academic institution in the world to offer a MSc in Digital Currency.

The main reason supporters are excited about bitcoin cash is because businesses are opting to accept it, as it is superior in performance in terms of speed and cost. One example of this comes from the founder of Goldmoney who said today he hopes the company adds BCH soon after waiting 10 hours for a BTC transaction to confirm.

Many advocates also consider BCH to be more faithful to the very idea of cryptocurrency. Yoshitaka Kitao, President & CEO of Japanese financial giant SBI Holdings, recently commented: “The vision of the original Bitcoin white paper written by Satoshi Nakamoto calls for a peer-to-peer electronic cash system. That is a powerful vision, and SBI Group will devote resources to enable a future world where Bitcoin Cash is used globally for daily payments.”