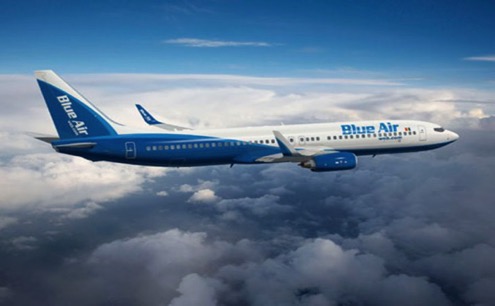 Low-cost airline Blue Air has launched its new base of operations in Cyprus, adding seven weekly flights to Athens and three to Thessaloniki.

The airline is filling the gap left behind by Cyprus Airways, the former national carrier that was grounded last Friday after the EU Commission ruled that it should return €65m in state aid.

Blue Air’s commercial manager Tudor Constantinescu stressed that the company’s main asset is low prices, adding that the airline has the capacity to adhere to all passengers’ needs.

“Blue Air might be low-cost, but it allows the traveller to add any service he wants for his trip. For example, a passenger might not be interested in travelling with extra luggage, which would make the fare cheaper. Our airline provides top quality services for both regular travellers and VIP guests,” said the manager.

Discussing travel safety, Constantinescu argued that “in the ten years the company is operating we never had an incident on the ground or in the air.”

Company chairman Gheorghe Racaru told the press that setting up a base of operations in Cyprus will create jobs for flight attendants, pilots and technicians.

“Over our seven year presence in the Cypriot market, we feel Cyprus is like a home to us,” he said.