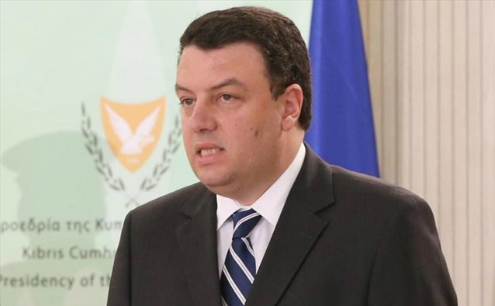 Cyprus’ Integrated Maritime Policy (IMP) aims at full utilization and sustainable development of its seas and recognises 'Blue Growth' as a basic pillar of revitalizing the Cyprus economy, says Communications and Works Minister.

Addressing an event in Limassol entitled 'Blue Growth, the Irish model', during which experts from Ireland elaborated on the Irish model of Blue Growth, he noted that recognizing the importance of a holistic approach to maritime affairs, Cyprus has prepared a draft Strategy for IMP which was put to public consultation from 15 November to 31 December 2013.

“We are currently in the process of studying and evaluating all comments and suggestions received in order to form the final draft to be submitted to the Council of Ministers for approval,” he added. “The importance we attach to the IMP is evident by its inclusion in our strategic priorities during the Cyprus Presidency of the Council of the EU in the second half of 2012,” he noted, recalling that the result of this initiative was the adoption of the 'Limassol Declaration' in October 2012 “which is recognized as an important component of the strategy ‘Europe 2020’ that supports growth, competitiveness and job creation within the 'blue economy'."

Mitsopoulos stressed that “Ireland, being at the other edge of the EU, has made significant progress towards this end. So we highly value your presence in Cyprus and we are ready to listen and gain knowledge from your invaluable experience,” he told the Irish experts.