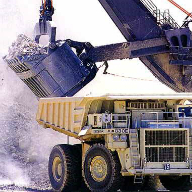 BMG Resources application for a reconnaissance licence over the entire Kalavassos copper Field in Cyprus has been approved, with drilling to commence in 4 to 6 weeks.

The licence covers one of the most important historic copper mining districts in Cyprus with 13 copper-rich pyrite bodies discovered and mined from 1937 to 1977. Total production is recorded as 4,680,900 tonnes at up to 3% copper.

Gold and silver assays from the pyrite bodies are not known, but 61,450 tonnes of oxide material was mined between 1937 and 1943 to produce 16,490 ounces of gold at 8.3g/t and 34,740 ounces silver at 17.6g/t. Official records also refer to a combined total of 2.28 million tonnes of massive sulphide being left in some of the mines at unspecified copper grade.

The new licence is located on the southern flank of the Troodos Mountains, about 20 kilometres east of the major port city of Limassol, and only 10 kilometres uphill from the bulk-handling port and industrial complex of Vasiliko. The copper occurswithin massive sulphide accumulations which formed on or within sea-floor volcanic complexes.

BMG is continuing to progress its planning for the upcoming drilling program at the Pevkos and Mala prospects. A reverse circulation rig is currently being mobilised from offshore and the required regulatory approvals and consents for the program are progressing as expected. BMG currently anticipate drilling will commence in the next 4 to 6 weeks, which should lead to a higher share price in anticipation as the company is currently capitalised at just $1.3 million.