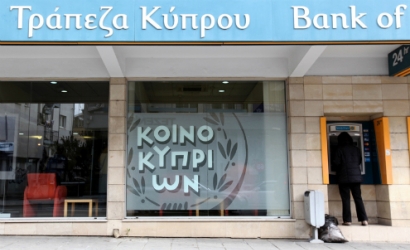 Bank of Cyprus said recently it generated a €97m net profit in the first half of the year and €2m in the second quarter, as it officially announced the change of its top management.

During the second quarter of the year, the Group said it generated total income of €177 million and a positive operating result of €72 million.

The underlying result after tax is a profit of €21 million, excluding project Helix (disposal of non-performing exposures worth 2.7 billion) and the sale of its minority share in CNP insurance.

“I am extremely proud of the progress the Bank has made since late 2013 when I joined the executive team,” said outgoing CEO John Hourican. “The Bank is returning to strength, through a disciplined approach to balance sheet repair and disposal of non-core business.”

According to Hourican, the lender completed the sale of €2.7 billion non-performing loans in Project Helix in June, which added 140 bps of capital.

It further reduced its NPE’s by €300 million in the second quarter bringing total organic reduction in the first half of 2019 to €457 million, “in line with our organic target of €800 million for 2019.

“This was the seventeenth consecutive quarter of organic reductions in NPEs,” Hourican said.

It was Hourican’s last appearance as CEO after some six years at the helm. He will be succeeded by Panicos Nicolaou who was officially appointed on Tuesday after the approval of the European Central Bank.

“I am excited to be taking over on September 1. John is leaving, with the Bank being entirely transformed from its position at the time he arrived and we are very grateful for the work he and my fellow executive team have done,” Nicolaou said. “There remains more to do, and our initial focus will be to continue the good work that he and the team have achieved. The strategy to de-risk the Bank and strengthen the balance sheet remains as important today as it was in 2013.”