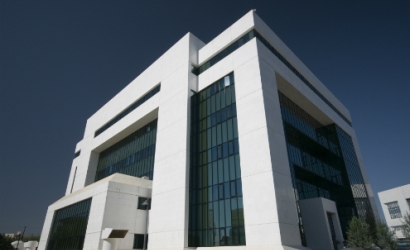 Bank of Cyprus said that it generated a net loss of €55.8m in the first six month of 2018 compared with a €553.4m loss the previous year and that it agreed to sell a large amount of its non-performing loans portfolio.

The reduced loss resulted mainly from a decline in expected losses from loans and advancements to customers from €750.9m in the first six months of last year to €267.7m this year, partly offset by a reduction in net interest income from €316.3m to €249.4m, the bank said in a statement on Tuesday. The bank’s turnover fell to €550.7m in the first half of the year from €606.2m the previous year.

The sale of its loans, the largest announced so far in Cyprus – dwarfing Hellenic Bank’s €145m deal with B2Kapital made public in January –, involves the transfer of mainly non-performing loans with a contractual value of €5.7bn in a gross book value of €2.8bn to the licensed Cypriot Credit Acquiring Company (the CyCAC), the bank said in a separate statement. The net book value of the loans put on sale as part of ‘Project Helix’ is €1.5bn as of June 30, which affects “14,024 loans to corporate and small and medium-size enterprises (SME) borrowers, secured over 9,065 properties”.

“The deconsolidation of the portfolio from the bank’s balance sheet is expected to have a positive impact on the bank’s capital ratios of circa 60 basis points. The accounting loss attributable to the transaction reported in the second quarter of 2018 is estimated at €135mn, declining to circa €105m by the year-end, as time value of money of circa €30m unwinds,” it added.

Helix and the sale of the bank’s UK subsidiary agreed in July for a total €117m is expected to improve Bank of Cyprus’s core equity tier 1 (CET1) capital ratio of 11.9% at the end of June by a total of 140 basis points, it said. The fully-loaded CET1 ratio based on International Financial Reporting Standards 9 (IFRS9) stood at 11.5%.

Total equity fell in June to €2.2bn from €2.6bn in December, Bank of Cyprus said.

The lender, the island’s largest, said that its non-performing loans stock declined in the first six months of the year to €7.9bn from €8.3bn in March or to 43.2% from 44.9% respectively. Restructured loans showing no arrears fell to €1.4bn from €1.5bn also respectively. The figures do not take into account Helix asset.

By the end of June, the customer deposits of Bank of Cyprus rose to €18.4bn from €17.8bn at the end of December, it said. Total loans to customers fell to €13bn from €14.6bn, while non-current assets held for sale rose to well below €1.5bn from €6.5m respectively.

The loans-to-deposits ratio of 77% at the end of June is expected to drop to a pro forma 68% as a result of Helix and the sale of the bank’s UK subsidiary, it said.

“Overall, the group has recorded significant organic non-performing exposure (NPE) reductions for thirteen consecutive quarters and expects the –post Helix– organic reduction of residual NPEs to continue during the coming quarters at a revised pace of circa €200m per quarter, as portfolio size and business line mix (are) expected to change radically,” the bank said. “Following the completion of Project Helix, the bank’s gross NPEs will be 6% lower than its peak in 2014”.

Bank of Cyprus was the first lender to set up a specialised restructurings and recovery division immediately after the 2013 bail-in and has showed the fastest decrease in non-performing loans in the banking system. In March, the Cyprus Cooperative Bank became the first casualty in the Cypriot banks’ struggle against delinquent loans which account for almost €20bn or around 43% of the total.

The bank’s top executive John Hourican, who according to a Cyprus News Agency report, agreed to stay at the helm of the bank until 2020 after joining in 2013, the year in which it was recapitalised with customer deposits, said that the bank’s results show that it is making progress towards repairing its balance sheet.

“Post quarter-end corporate transactions accelerate this repair and deliver value to our shareholders,” he was quoted as saying in reference to Helix, which he described as “very meaningful” both for the bank and the island’s economy.

“Helix is expected to further reduce NPEs by €2.7 bn to €5.2 bn, representing an overall 65 % or €10bn reduction since their peak in 2014 and is expected to improve our NPE ratio by circa 10 percentage points, whilst maintaining coverage at circa 50%,” he added.

Hourican said that the bank, which fully repaid in January last year the remaining emergency liquidity it inherited from Laiki Bank in 2013, now has a “significant” liquidity surplus of €1.4bn after it extended €1.3bn in fresh credit in the first six months of the year.