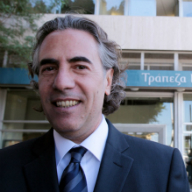 BoC unlikely to trade on CSE before year’s end

Bank of Cyprus (BoC) shares are unlikely to return to the stock market before the end of the year, it emerged recently, following a meeting between the stricken lender’s brass and the securities and exchange commission (CySEC).

The shares have been suspended since March 2013, after which the bank converted large deposits into stock to recapitalise as well as taking on some assets from the now defunct Laiki Bank. They are suspended until the end of January 2014, but recent reports suggested they would not return to the market before the end of the year. BoC handed CySEC a schedule for their return which will be evaluated ahead of a decision in light of the end-of-month deadline. Reports said the document lists the lender’s arguments against relisting the share before the end of the year.

BoC chairman Christis Hassapis said no decisions were made during the meeting. “It was a normal meeting in the framework of routine operations,” he said. CySEC chief Demetra Kalogerou told reporters that the bank’s intentions would be evaluated during a meeting before the expiration of the suspension. “Certainly their intention is not to be delisted,” Kalogerou said, without disclosing any details. “The commission’s council will decide based on the bank’s positions and what it has asked.”  Kalogerou said the two options were a short extension to the suspension, or delisting.

The bank has missed the deadline for publishing an offering circular – a precondition for the commission to consider relisting the issuer – as the commission needed to evaluate its contents before referring the request to the CySEC board to decide on whether to relist the bank. The bank said it has already completed many of the actions requested by CySEC, and is currently in the process of finalising the remaining items.

With regard to the offering circular, characterised as a “thorny issue”, the bank said it is “bound to take some time” because of the enormous changes that occurred throughout last year. The two sides also discussed the lender’s restructuring plan and what it can disclose to investors. They also talked about the trading of BoC shares over the counter.