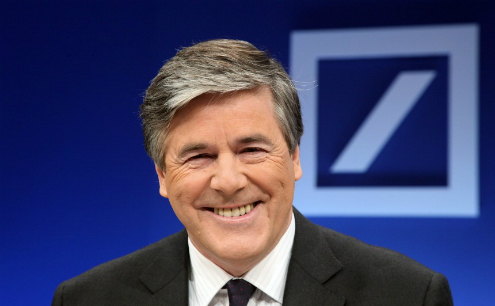 The potential reunification of Cyprus affords the EU the opportunity to demonstrate its ideals and value of its policy, Bank of Cyprus chairman Josef Ackermann has said, urging the bloc to pledge the necessary financial support in case of a solution.

He said the EU could provide low-cost, long maturity loans and consideration must also be given to special grants from EU states, and higher development assistance.

In an op-ed in the Wall Street Journal, Ackermann said Britain’s recent decision to leave the union was a major shock for the UK and the EU, and has reignited the debate about how best to achieve the objectives of the European project.

He said views on the way forward differed, but the consensus was that more convergence and solidarity were needed.

The island’s potential reunification offered the EU the opportunity to demonstrate its ideals and the value of its policy and institutional framework, the BoC chairman said.

“EU support for Cyprus’ potential reunification would clearly make a difference to Cyprus, but also demonstrate that the policy, institutional and legal framework that the EU has painfully built can provide the basis for uniting the peoples of Europe.”

Ackermann wrote that progress had been achieved between Greek and Turkish Cypriots in the reunification negotiations but certain issues still had to be addressed.

The Swiss banker said viability of any solution would entail large financing needs but a successful agreement would have major potential benefits for both communities and the region in general.

Once the solution was endorsed by the people, the EU should pledge “that it will stand ready to provide appropriate financial assistance.”

Low-cost loans and higher development assistance should be granted but they will not be enough, he said.

“Consideration should be given to special grants from EU states, as well as loans with long maturity, low interest, and long grace periods from special agencies such as the European Stability Mechanism.”