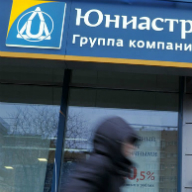 Bank of Cyprus (BoC) is close to shedding its Russian subsidiary Uniastrum, according to bank sources, with St Petersburg-based Baltinvestbank the frontrunner according to reports in the Russian press.

“We have been very close to selling for some weeks but selling a bank is not an easy thing to do,” a BoC source said.

Uniastrum has been troublesome for BoC, with Cypriot police officers currently investigating the Uniastrum purchase owing to evidence of wrongdoing and suspicions over bribes during the sale.

The investigation is currently focusing on transactions and accounts in Russia, Armenia, Switzerland and Central American country of Belize.

Inferring from the bank’s provisions announced at the end of 2014 and the first quarter of 2015, analysts have said that Uniastrum should be worth around €125 million today.

Bank officials are negotiating the remaining details in an effort to minimise losses.

The Uniastrum sale is part of a broad restructuring plan that was required by the Troika of international lenders (the European Commission, the European Central Bank and the International Monetary Fund), as part of the bailout programme agreed by the government in 2013.

Another trouble spot for BoC was that it never got full control over the bank as 10% of the stake remained with co-founder Gagik Zakarian, who is president of the bank, and another 10% with Chairman of its Board of Directors George Piskov, also a co-founder.