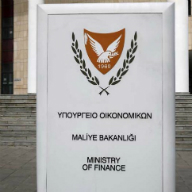 Cyprus’ 10-year bond yields resumed their downward course — almost reaching 5.0% — after the upward trend in the cost of borrowing registered mid May 2014 due to the turbulence in international markets.

The turmoil before the European parliament elections led to an increase in the cost of borrowing of European states but mainly those in adjustment programmes.

Recent ratings upgrades and positive evaluations from the island’s international lenders contributed to the fall.

It started dropping after that but spiked again in March2013 when the Eurogroup decided to seize bank deposits.