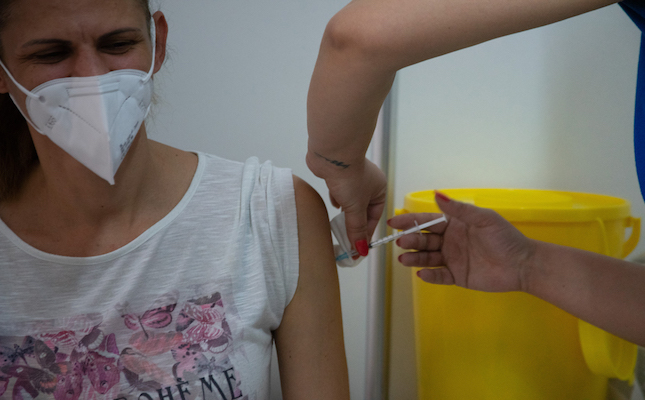 Booster shots delayed for over 80s

Ministry spokesperson Margarita Kyriacou said that, heightened demand, combined with the fact that vaccinations are only being carried out at walk-in centres, has postponed plans to move down the age ladder.

As planned initially, health authorities would have been moving on to people over the age of 80 as of Wednesday.

After administering a third dose of a COVID-19 vaccine to those aged over 86, people belonging to vulnerable groups and health workers, authorities on Monday moved the aged limit down to 83.

The ministry said that some 1,441 people over the age of 83 had been given a booster vaccine on Tuesday, while another 1,706 people received the third dose at the walk-in centres in all districts on Monday.

Meanwhile, the vaccination of people belonging to vulnerable groups, health professionals and people working and residing at care homes is also ongoing.

Vaccinations of vulnerable groups are being carried out with appointments handed out to beneficiaries over the phone.

Only the mRNA vaccines Pfizer and Moderna are offered for the booster jab, irrespective of the type administered initially.

People eligible for the third dose of a COVID-19 vaccine must have completed their vaccination by March 31, 2021.

Health authorities will be announcing their plans for moving on to younger age groups “according to interest and vaccine availability” in the coming days.

As of October, beneficiaries will also be able to book their appointment through the ministry’s online vaccination portal.

The decision to vaccinate people over 65 and vulnerable groups follows studies that have shown immunity levels of the elderly can start to wane five months after their second shot.

So far, according to the ministry, 80.8% of the island’s adult population has been vaccinated with at least one shot of a COVID-19 vaccine, while 77.4% have completed their vaccination programme.