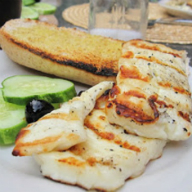 The Cyprus Tourism Organisation (CTO) has launched a campaign to promote the Cypriot breakfast as part of wider scheme to strengthen the island’s tourism product.

The endeavour is based on a study, which showed that tourists seek authentic tastes offered by the local cuisine.

The findings, according to the CTO, fullycoincided with the international trend of consumers seeking authentic experiences instead of globalised and standardized tourist destinations.

The organization said this was the first step in a wider strategic scheme to develop culinary tourism in Cyprus.

The Cypriot Breakfast project is currently being tested in Paphos hotels and the aim is to implement it island-wide inside 2015.

Included in participation criteria is the obligation to train cooks in using traditional Cypriot products to make breakfast.

Three seminars were conducted in Paphos to train cooks from various hotels in the district.

‘‘Carob syrup, epsima (concentrated grape juice), fresh goat milk and cheeses as well as fresh herbs and smoked meats of Cyprus are all traditional products that will be used,’’ the CTO said.

The project is a partnership between the CTO, the Cyprus Association for Sustainable Tourism (CSTI) and the Agency Travel Foundation UK.