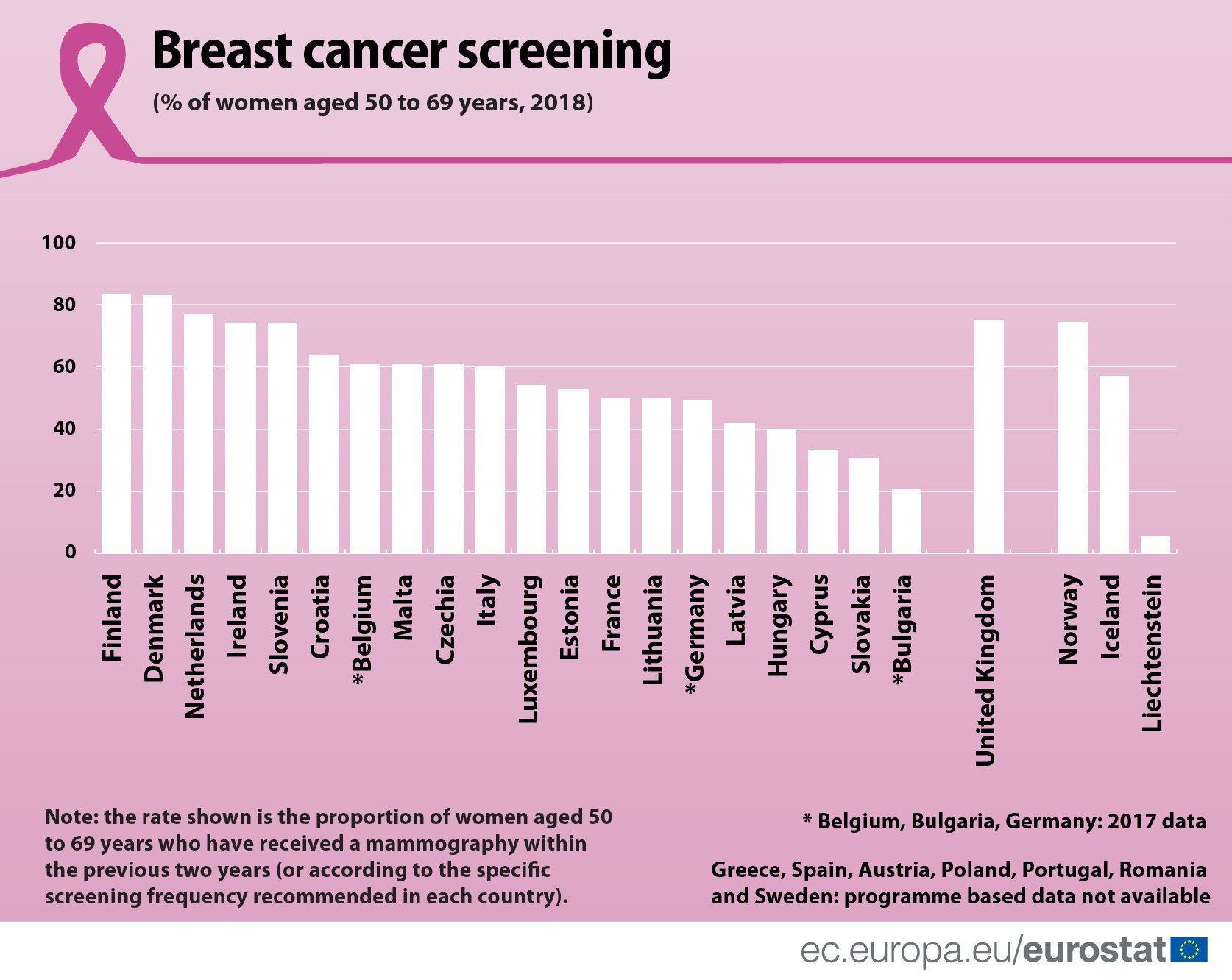 Cyprus has the third lowest percentage of women who are screened for breast cancer in the EU, a Eurostat report published on Wednesday shows.

In 2018, the proportion of women aged 50-69 years who had been screened for breast cancer using a mammography within the previous two years differed greatly among member states.

Based on screening programmes, seven member states had breast cancer screening rates below 50%. The lowest rates were recorded in Bulgaria, 21%, Slovakia, 30% and Cyprus with 33%.

However, it peaked in 2016 with 35.2% and has since declined.
In the 11 member states where screening rates fell, the reductions were usually relatively small, with most notable decreases in Slovenia, -8.3 percentage points, and Germany, -7.2 percentage points.