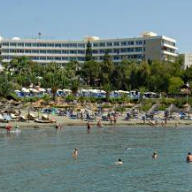 Brexit impact on Cyprus' tourism to be minimal

The only immediate impact to Cyprus’ tourism from the Brexit will be the fallout from the plunge in the British pound sterling, making holidays in Europe, including Cyprus, more expensive for Brits, industry players said recently.

Though bookings have been made and Cyprus effectively ‘sold out’ until the end of the current season, the drop in British spending power could impact 2016 tourism revenues.

Income from tourism amounted to €2.1bn last year on 2.7 million arrivals, almost 40% of whom came from the UK, traditionally the island’s biggest market. Tourism itself contributes around 25% to the economy. Last month – the latest available figures – showed an increase from the UK of 4.5%. Cyprus hopes to see close to 3 million arrivals this year.

Noel Josephides, the director of the UK-based Sunvil Travel – specialists in Greece and Cyprus – and also head of the Association of British Travel Agents (ABTA) told the press on Friday that he expected a short lull in bookings for the time being. Sunvil, he said, by lunchtime on Friday had made only seven bookings when normally the number by that time of day was around 60-70.

“The short term impact is related to the fall in sterling but it was not as dramatic a fall as we expected,” said Josephides.  “There will be a brief pause in bookings but it will be short-lived,” he added.

Josephides said any Briton who had booked through a travel agent would not feel the pinch on their initial holiday outlay, but those who booked on the internet and were going to have to pay locally when they get here would be impacted. This would also leave British holidaymakers with less spending power. He expected that British tourists should be prepared to add at least 5% to the cost of their holiday for the immediate future.

Zacharias Ioannides, Director General of the Cyprus Hotel Association (PASYXE) told the Cyprus Mail that for this year at least the impact would be minimal. “The season is progressing smoothly,” he said. “Everything is pre-booked and pre-purchased to the end of the summer season so there will be no significant impact and we don’t foresee negative effects.”

Ioannides said the two areas where there would be an effectfor British holidaymakers wouldbe last-minute bookings and spending power. In both cases, he said, the effects for Cyprus would be minimal. “It will cost them a little more due to the weakening of sterling, but the situation is manageable,” said Ioannides.

Also, he said there was a shortage of beds in the Mediterranean region, and excessive demand with demand far outstripping supply due to the fact that countries like Turkey and Egypt were now seen as unsafe for holidays.

And as for Brits choosing destinations where sterling might be stronger compared with the euro-area, Ioannides said the British currency had fallen across the board so it would be more expensive for them to holiday elsewhere in any case. He added that it was well known that British people did not like to miss their annual holiday abroad as it was in their culture, even if it cost them a little bit more.

The Cyprus Tourism Organisation and the Association of Cyprus Travel Agents did not respond to requests for a comment on Friday.

Sterling plunged to its lowest level since 1985 on Friday and was down against every major currency. According to PA, Ian Strafford-Taylor, chief executive of currency provider FairFX, said the reaction of the pound to Brexit could signal “longer term volatility”, with holidaymakers “directly impacted”.

“Those consumers who did not stock up on their holiday money may find their holiday now becomes more expensive this year, if weak pound-euro rates continue into the summer,” he said.

In recent days, many Brits have been ‘panic buying’ holiday money.

He said: “For those who have not yet booked their holiday but are planning to travel abroad during the summer or later in the year, it will be well worth doing some homework before making a decision.

“Choosing a destination where sterling is strong and also where the local cost of living is low could make a significant difference to how far the holiday budget will stretch.”

Other issues such as cross border travel and the EU open skies policy for airlines, which could affect Cyprus’ tourism in the future, are possible long-term effects that will be dealt with under the exit agreement.

Joel Brandon-Bravo, UK managing director of travel deals company Travelzoo told PA: “The next 24 months of negotiations will be crucial for British travel – particularly if the UK government wants to maintain inbound tourism from the EU, and avoid a price hike for Britons wanting to travel abroad for holidays.

“Obviously, top priority is dealing with the impact the referendum result will have on the value of the pound, but there are other factors that could make the result a big blow for the travel industry.”