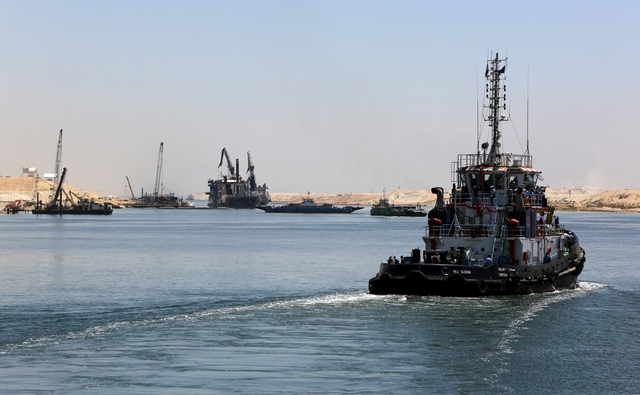 UK-regulated ship insurers are preparing plans to open new outposts in EU jurisdictions such as Luxembourg and Cyprus, fearing that Brexit will hinder access to the EU’s financial market, industry sources involved say.

Of the 13 major global P&I clubs, six are regulated in the United Kingdom and are estimated to account for over half the total market share of an industry that insures about 90% of the world’s ocean-going tonnage. Many of the clubs have been an integral part of the City of London for nearly two centuries.

Many sections of the financial industry have said they may need to relocate certain businesses after Brexit, but for P&I clubs the issue is particularly acute because a greater share of their earnings comes from elsewhere in Europe.

While negotiations between Britain and the EU have yet to start, the central concern is the loss of “passporting” rights that enable financial firms to operate across the bloc under the supervision of one member state’s regulator.

Anthony Jones, director with London Club, one of the six, said it was “actively exploring our options for a post-hard Brexit operating scenario”, referring to Britain making a clean break with the European Union.

“We have prepared a shortlist of potential jurisdictions from which we could write EEA (European Economic Area) business, and our investigations are continuing as we attempt to identify which of these might best suit our requirements,” Jones said, declining further comment.

Insurance and shipping sources say landlocked Luxembourg is among the top contenders. Two P&I clubs are already regulated there, it has a cluster ofother maritime companies and businesses like its regulatory and tax regimes.

A Cypriot official said there had been early communication over potential interest by clubs to establish a base there, declining further comment.

Andrew Bardot, executive officer of the International Group of P&I Clubs – the umbrella association for the 13 insurers – said other possible jurisdictions included Ireland, Germany and Greece.

“‘Wait and see’ is not an option given the time that it will take (to set up) a regulated subsidiary within an EU member state,” he said.

Europe represents 30% to 50% of the clubs’ global business, partly due to the dominance of Greek shipping companies in the industry. In contrast Lloyd’s of London, the world’s leading specialty insurance market, gets around 11% of its business from countries outside Britain in the EU’s shared market.

A study conducted by the City of London Corporation last year showed P&I clubs with a presence in the UK accounted for over £1 billion ($1.25 billion) of UK gross earned premiums, out of a total of £7.5 billion for the marine insurance sector in 2014.