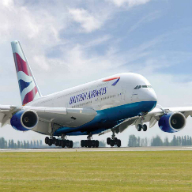 British Airways: 17 flights per week from Cyprus to London

Now giving travellers the option of 17 flights per week, both incoming and outgoing tourism has received a significant boost with moretravel options.

Upon the resumption of the Paphos -Gatwick route on the 30th March 2014, British Airways immediately proceeded with an increase in flights from Larnaca to Gatwick from 3 to 5 times a week.

The direct flights from Larnaca to Gatwick take place on board an A320 aircraft every Monday, Wednesday, Friday, Saturday and Sunday, enhancing the efforts of British Airways to successfully meet the demands of the traveling public and their need for an increased number of flight options, especially during the summer period.

Freddie Stier, Commercial Director of British Airways Cyprus and Greece, said: "During peak season, British Airways confirms its commitment to Cyprus with a boost in the number of flights to the island and its offer of greater choice to both incoming and outgoing travelers. With 17 weekly flights to and from Cyprus over the summer period, travelers can now also fully benefit from multiple connections to other destinations across the BA network.”

Flights on the Larnaca-Gatwick route are available for sale via the BA website, www.ba.com, your travel agent, and a number of British Airways reservation centres by calling 800 92 556.