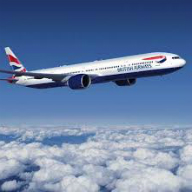 British Airways have announced the resumption of their direct flights between Pafos International Airport and London Gatwick, giving both incoming and outgoing travellers a greater scope of convenient options for the summer season.

The Pafos–Gatwick service operated by A319 will be available five times a week, on Mondays, Wednesdays, Fridays, Saturdays and Sundays. With the first flights set to take off on March 30th, the route will run in addition to the highly popular existing route to London Heathrow and Gatwick from Larnaca airport.

Freddie Stier, Commercial Manager of British Airways Cyprus-Greece said: “The resumed Pafos to Gatwick service will provide Cypriot travellers and incoming tourists from the UK with far more choice during peak season. What’s more, flyers from Pafos can now take full advantage of two-way connectivity to other destinations in the BA network via both the Gatwick and Heathrow airport hubs. We expect to see a great number of holidaymakers make the most of the route, also proving ideal for friend, family and business visits.”