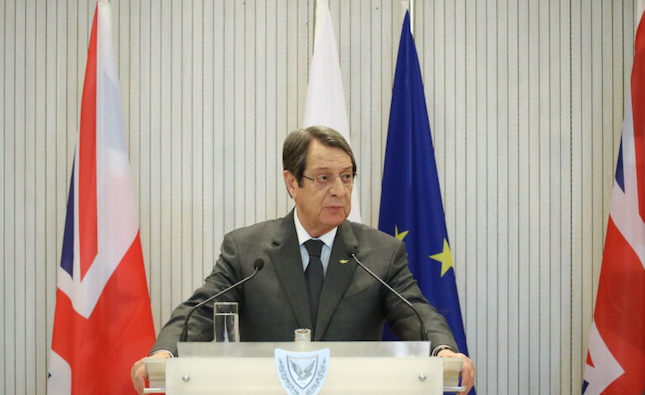 Cypriots owning land in non-military areas inside the British Bases can sell or develop their property, following a milestone agreement between Cyprus and the UK.

The British Bases are lifting restrictions on property development within non-military areas, allowing for business and tourism growth stunted for decades, with local authorities expecting an avalanche of applications.

The agreement comes into force on Monday.

It will essentially open up the bases to commercial deals that could change the development maps in coastal areas such as Limassol while creating housing and investment opportunities for middle-income Cypriots and expats looking for a home by the sea.

In comments to state radio CyBC, Pantelis Georgiou, the Mayor of Ypsonas, a village in Limassol, said residents in the Bases have waited for eight years for the agreement to go ahead.

He said residents would be given room to breathe, especially those who had mortgaged their properties but could not put them to good use to pay off their loans.

“The agreement will bring about significant development of the areas inside the Sovereign Bases,” said Georgiou.

The Ypsonas mayor said it is no secret that developers and other investors have been buying land since the agreement was announced in 2014.

“There’s no reason to hide.

“We know this has been happening. Some developers have been buying at a price lower than they will be worth after Monday, with plans to build housing units or sell them at a higher price,” said Georgiou.

He said that the Ypsonas municipality could be the area which benefits the most from the agreement with the bases.

“As 25% of Ypsonas’s territory falls within the British Bases, the implementation of this agreement will greatly help the development of the region and the local community.

“More than eight km² fall within the British Bases.

“Some three km³ have been greenlighted for Residential, Commercial or Sports projects. Locals will now be able to build or develop plots.”

The Ypsonas mayor noted that foreign investors could also invest in property in the British bases due to the agreement.

“The procedures and requirements will be the same as for any other area under the control of the Republic of Cyprus.”

“Areas that previously had close to zero value will now carry a relatively high price tag, such as coastal areas in the Famagusta region, like those in Ormidia,” said the property expert.

This could negatively affect prices in other tourist areas in the region.

“An investor looking for an opportunity to build a hotel may have previously eyed a location around Ayia Napa.

“Now, these areas will be competing with new properties coming onto the market following the agreement. This will bring prices in some areas down,” said Loizou.

“There will be many properties along the coastline that will be freed up, especially in the Dhekelia base area, such as Ormidia, a village in the Famagusta region.

Asked who would be drawn to new properties, Loizou said that interest would come mostly from local developers looking to build housing units for middle-income Cypriots.

“These properties, if developed into housing projects, could attract the interest of expats, especially from Britain who are looking for a home near the sea.”

Properties in the bases could also attract the interest of investment funds or Real Estate Investment Trusts, seeking to buy cheap and sell at a higher price later on once prices start to pick up.

“These large plots of land could be just right for projects such as hospitals and private clinics, which there is a lack of in these areas.”

“Although most certainly this pocket will not attract big project developers such as towers, it could attract the attention of housing developers,” said Vilanos.

He argues these properties will not attract developers looking to build luxury properties for foreign buyers.

“This means the owners of these properties will not be able to secure offers as high as neighbouring areas.

“For example, properties in Akrotiri will not be worth as much as neighbouring Zakaki where the casino is being built.

“This would mean that middle-class Cypriots with some money in their pockets will have a wider variety of options at lower prices when looking to buy a home.”

Vilanos said this could, in turn, put pressure on house prices and rents in the wider Limassol region.

One of the most important changes in business regulations concerns the eligibility criteria to set up a new business.

Under the new system, a business owner will no longer need to demonstrate local or military needs to establish a business in the SBAs.

Instead, business owners will be able to obtain a business license under a new piece of SBA legislation, due to come into force when NMD is launched.

The ability to regulate a specific business sector through legislation, environmental concerns, the new planning system, and some military considerations will be the main factors the SBAA will consider when reviewing a business license application.

However, some businesses will still not be able to gain a license when NMD is launched until the SBAA introduces the relevant framework, which it is doing as quickly as possible over the coming years.