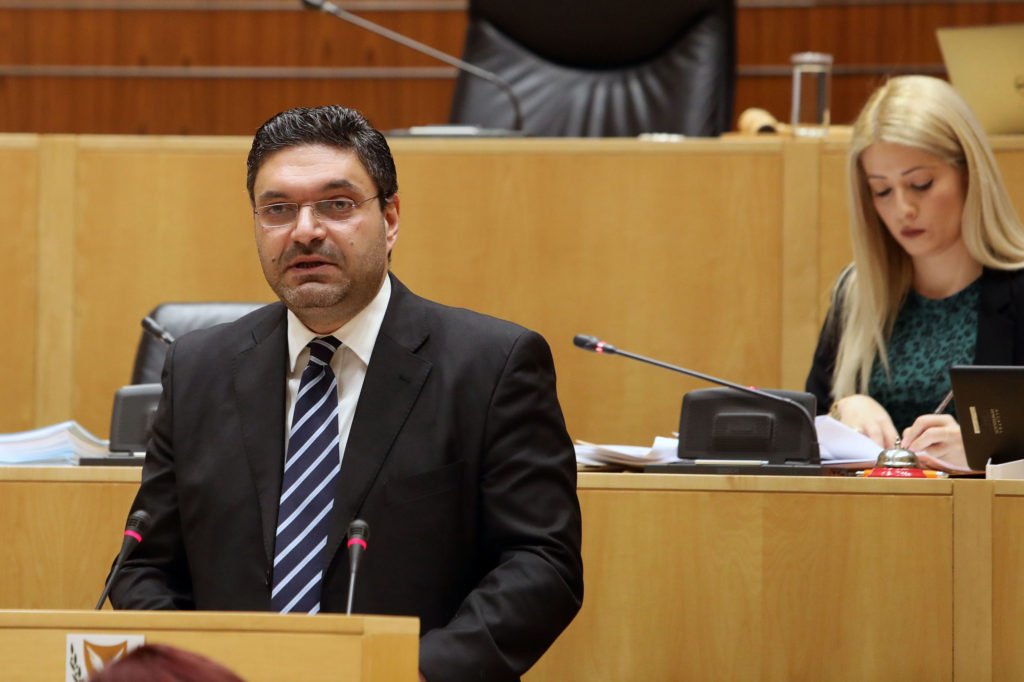 Budget approval allows the state to continue on the path of economic stability, FinMin says

Finance Minister Constantinos Petrides welcomed the parliamentary approval of the 2020 state budget, stating that the budget allows the government to continue on the path of economic stability, growth and the shielding of the economy.

“In a spirit of prudence, creative consensus and determination, the country could go forward,” he said speaking to the press after the House Plenary approved the 2020 state budget, adding that he is at the disposal of the parliamentary parties “to do our best concerning the implementation of a prudent economic policy.”

Replying to a question whether the implementation of budget will be hindered by the Supreme Count decision on the public sector salaries and pensions during the crisis, Petrides reiterated that a possible decision upholding the initial administrative court’s decision against the crisis cuts constitutes one of the primary risks to the economy.

Calling for patience in view of the Court’s decision, the Finance Minister said this is significant decision which would determine the fiscal landscape.

Petrides said that the 2020 state budget, as was the case with the previous post-crisis budgets, safeguards stability.

“We achieved nine notches of credit upgrades, we restored the Cypriot economy’s credibility, we maintain surpluses that allows us to reduce public debt so younger generations would not inherit unbearable debts,” he added.

This political consistency should be followed in the future as this means credibility and serious economic policy, he added.

Asked on the increased public expenditure concerning the National Health Scheme (GeSy), the Finance Minister noted that the government after the approval of the NHS bills and the increase expenditure for the health sector has proved its determination for enhancing the state’s social policy through a national health system.

But he added that we should be careful, noting that safety clauses should be in place to safeguard the schemes sustainability.