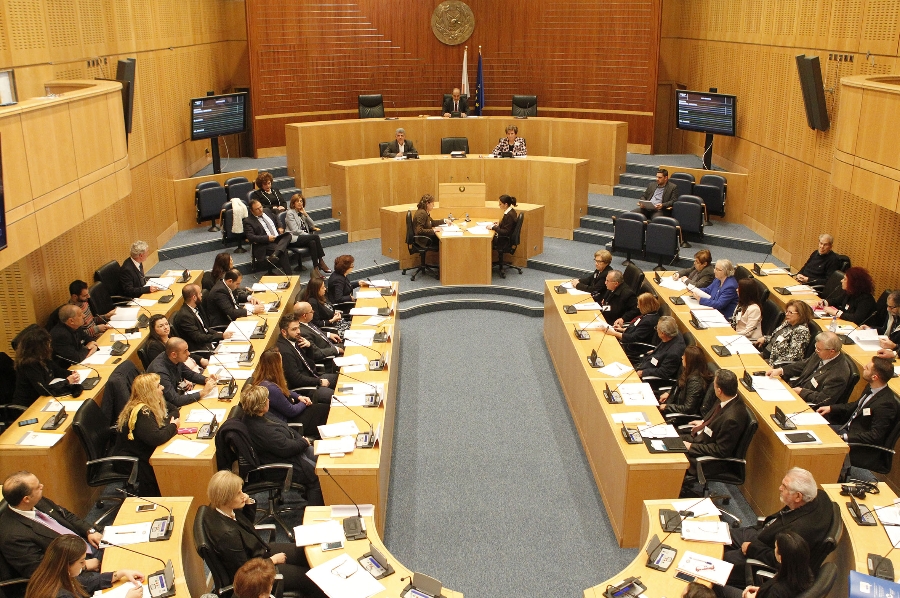 Budget for 2020 approved by House

The House plenum on Wednesday passed the state budget for 2020 with 29 votes in favour and 23 against, but also with the approval of a number of amendments for withholding funds earmarked for several projects and purchases.

Ruling Disy, Diko and the Solidarity Movement’s MPs voted in favour of the budget. Main opposition Akel voted against, along with the smaller parties.

The budget provides for total revenue of € 9.9 billion and general government expenditure of €9.4 billion. Revenues represent a 10% increase over this year’s due to the further boost of economic activity and the increase in Gesy contributions as of March 1, 2020.

The budget balance in 2020, according to the macroeconomic framework, is projected to be in surplus of 2.7% as a percentage of GDP.

The overall government expenditure is projected to reach € 9.4 billion in 2020, marking a positive change of 13.8% due to the expected increase in spending as part of the implementation of the second phase of Gesy which to kick in on June 1.

A number of amendments have also been approved withholding earmarked funds for several purposes requiring further approval by the House finance committee before they are released.

Among those are withholding the €40 million earmarked for the implementation of the necessary infrastructure for the transfer of liquefied natural gas to Cyprus filed by Akel, the Citizens Alliance and the Greens.

MPs also voted for withholding 50% for expenditure on the Estia debt-relief scheme for bad borrowers, originally budgeted at €33 million, but also withholding the €4.2 million budget for the Paphos to Polis Chrysochous road concerning Ellados Avenue.

A €2.6 million budget which would be at the disposal of ministers for various projects was also temporarily withheld, as well as the €4 million earmarked for the purchase of service cars for officials and the needs of the public service.

The plenum also voted for cutting extra costs associated with the privatisation of public organisations and state-owned enterprises and of government departments and services, excluding the Larnaca port and marina, the Troodos development funds, the stock exchange and the solidarity fund.

Also approved was the amendment for withholding the budget for the advisers and associates of the president, ministers, deputy ministers, the under-secretary to the president and the government spokesman, which had caused some controversy recently.

The three-day discussion kicked off on Monday when political leaders had their chance to voice their party’s position on the proposed budget and other issues such as the Cyprus problem.

House Speaker Dimitris Syllouris said the 2020 Budget was historic as it incorporates the first independent budget of the House of Representatives, which, he said, strengthens the independence of the institution.

Discussions on Wednesday afternoon were the third and final day.

Finance Minister Constantinos Petrides who presented the budget before parliament last Friday, said he expected next year’s growth to slow down to 2.9%, from 3.2% this year, and inflation to remain relatively low at 1.2%.

Public debt is expected to fall under 100 per cent of GDP – 97.4% – and continue on a downward trajectory during the year, settling at around 91%.