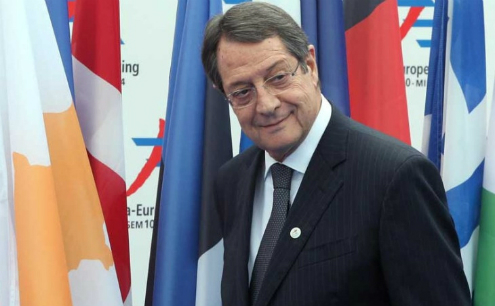 President Nicos Anastasiades said recently that at its next meeting, the Cabinet will set up a new mechanism to monitor the €517.5 mln in public projects announced so far in 2015 and ensure they do not get embroiled in red tape.

President Anastasiades called on local authorities, which will mainly oversee the implementation of the projects in all districts, to be alert and coordinate with the competent minister on possible irregularities or delays.

He said that “the fact that these development projects are announced two and a half years after the country was on the brink of a disorderly default, confirms that the decisions taken during this time were in the right direction and that sacrifices made by citizens were not in vain but resulted in the stabilisation of the economy.”

“The announcement of these projects marks a newera for our country, which now enters a phase of creativity and growth,” he said.

As a result of putting the state finances in order, the President said the economy recorded a primary surplus for the first time in 2014, whilst in the first quarter of 2015 Cyprus exited recession after four years and had a positive growth rate and predictions for the next six months are even more encouraging.

Cyprus, he noted, as a result of fiscal consolidation and being able to borrow from the markets, was able to service its public debt more effectively, which also led to the government making savings.

“It is these savings in combination with getting improved co-financing terms from EU funds that have allowed me to announce the implementation of certain projects which will contribute to growth, create new jobs and improve the quality of life for the citizens”, he adds.

District Officers in each district are responsible to monitor the progress of the projects, he said.