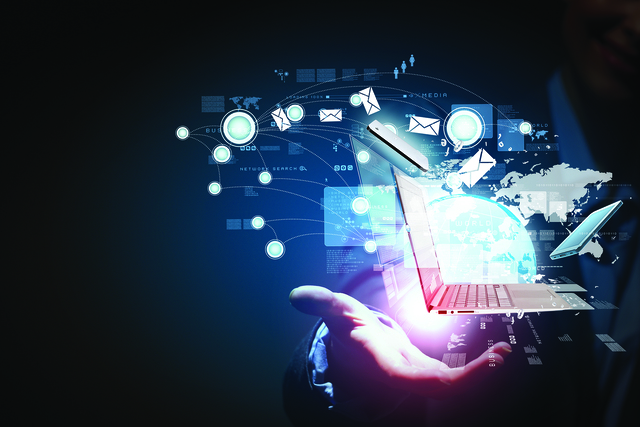 For a small island, Cyprus has big ambitions. Having already established itself as a growing fintech centre, Cyprus has long recognised it must continually change and challenge itself to remain relevant and it is investing heavily in technology and innovation to enhance its global competitiveness. “We should think of Cyprus as a preferred destination for international tech companies and venture capitalists”, Invest Cyprus Chairman said recently as he set out ambitious plans to shape Cyprus into a Tech Hub.

Cyprus’s unwavering commitment to innovative research and its rapidly growing start-up ecosystem is supported by a generous support package with state and EU funds to spend on a number of key projects over the next three years. The funds will go towards various initiatives including the creation of new innovation clusters to bring together entrepreneurs, researchers and academia as well as digitalizing over 160 state services and cybersecurity projects. “Our mission is to contribute to the greatest extent to the creation of a dynamic and competitive economy driven by research, scientific excellence, innovation, entrepreneurship and technological development, establishing Cyprus as a regional hub.”, Chief Scientist for Research and Innovation of Cyprus recently said.

At the same time, many fintech and regtech companies as well as global players looking for a practical and advanced business hub have already seen the changes taking place in Cyprus as a huge opportunity. The dynamic fintech movement in Cyprus comprises nearly 250 fintech including start-ups, offering services ranging from real time investment portfolio securitization and advanced performance analytics to automated order processing.

Cyprus’s advantage is that it is already laid strong foundations. In Limassol alone, a community of more than 8,000 ICT professionals serve the fintech industry, and it is home to some of the world’s leading names in regtech, IoT and cybersecurity. Among them is AmDocs, which has around 1,000 software programmers living and working in Cyprus, the multi-asset online social trading firm eToro, and Point Nine, an industry leader in outsourced operations, processing and reporting which was acquired by one of the biggest banks in the world, Mitsubishi UFJ Financial Group through its subsidiary in Cyprus.  Gaming platforms also feature prominently in the new tech space in Cyprus. Only last month, Nexters Global, the Cyprus-based mobile and social game developer behind Hero Wars and Throne Rush, cemented a deal with Kismet Acquisition One Corp, valued at $1.9 billion, reflecting the strong progress it has made since moving its operations to Cyprus in 2017.

For entrepreneurs looking for a European base to begin operations, Cyprus takes some beating. Strategically located at the crossroads of Europe, the Middle East and Africa, Cyprus is an internationally recognized financial centre, with a sound banking sector and a well-established common law system. Both the banking sector and the fully comprehensive FX industry in Cyprus have opened to technological development and regulators and competent authorities take a positive pro-business approach to facilitating fintech activity – all of which offers optimal conditions for new and existing players.

To encourage the wide transformation of financial services, the Cyprus Exchange and Securities Commission (CySEC) has undertaken a sandbox-like initiative to foster innovation. Launched in 2018, the Innovation Hub serves as the formal point of contact between CySEC and domestic and international entities involved in the financial and regulatory innovation technology space and in digital finance. This allows for the seamless transfer of information on how existing regulation applies to new products or business models, whilst also helping identify what regulatory frameworks might need to be established to meet evolving needs – all without stifling innovation.

Unsurprisingly, the Innovation Hub has attracted full-spectrum interest from both fintech and reg-tech companies from Cyprus and abroad, and it is working hard to become a European leader in ‘disruptive’ technologies. The business models represented in the Innovation Hub include regulatory and AML compliance tools based on big data analytics and data reporting, the use of Distributed Ledger Technology (DLT), AI tools and a venture capital fund investing in blockchain start-ups.

Benefits to the business sector in Cyprus

The benefits to the business sector in Cyprus from this activity are obvious. Demetra Kalogerou, Chair of CySEC, said at the time of The Hub’s launch: “This marks an important and exciting step for CySEC’s supervision of new and innovative companies in Cyprus. In promoting closer ties with these fledgling but fast-growing industries, we aim to best protect investors by fully understanding the risks and benefits these new products bring.”

Nearly three years on, growth in the fintech market remains strong. A recent evaluation of Cyprus’s fintech laws and regulations by the Legal500.com guide concluded: “We do not identify any imminent risks to fintech growth. On the contrary, regulators’ positive disposition towards fintech should encourage its further development.”

George Campanellas, Chief Executive of Invest Cyprus, the national investment authority of Cyprus, said: “These continuous efforts to upgrade the legislative and regulatory regime in Cyprus, and adoption of new technologies to ensure investor protection and service quality, has also made the island one of the top emerging investment fund centres in Europe. Its visibility has been greatly enhanced by being able to list Cyprus funds on international platforms such as Bloomberg, Clearstream, Morningstar and Refinitiv.”

Other thriving fintech companies include crypto-trading platforms and crypto-exchanges, which have accelerated their activity in Cyprus, and companies offering alternative payment solutions. Cyprus has also been a trailblazer in blockchain. The University of Nicosia is widely known for becoming the first university in the world to offer a Masters in Digital Currency and was also the first to allow fees to be paid by Bitcoin. Having adopted a national blockchain strategy in 2019, Cyprus is now credited for having a fast-growing blockchain ecosystem. According to a paper by the EU Blockchain Observatory and Forum earlier this month, the sector is supported by Cyprus’s “well-developed startup scene and high levels of regulatory maturity”. Between them, the island’s 27 blockchain startups have raised a total of EUR 142 million in funding, making Cyprus one of Europe’s most successful countries in attracting investment capital in blockchain.

Investment in fintech has been boosted by a low corporate tax of 12.5% and a developed network of double tax treaties. Cyprus also offers an 80% tax exemption, on qualifying profits arising out of the exploitation of R&D intellectual property qualifying assets (Cyprus IP Regime). The effective tax rate for corporate income, taking advantage of this incentive, can be as low as 2.5%. As a member of the EU, EEA citizens can also freely work in Cyprus, without permission.

The shortage of talent in the ICT sector is a common challenge for every geography, particularly in cybersecurity, data sciences and artificial intelligence. However, it is widely acknowledged that the talent base in Cyprus, particularly within the FX industry, is comprehensive. In a recent interview, eToro’s Chief Operations Officer, Avi Sela described the “substantial IT community” and “fantastic talent pool” on the island as the main attractions for settling in Cyprus.

George Campanellas, Chief Executive of Invest Cyprus, said: “Cyprus has the capacity to become one of the great technology hubs in the world. Amongst our strategic priorities is to showcase Cyprus as an ideal EU location for international high-tech companies to base their operations and scale-up.  In this context, we focus our efforts towards empowering a new generation of tech entrepreneurs. and nurturing a culture of innovation and entrepreneurship.”