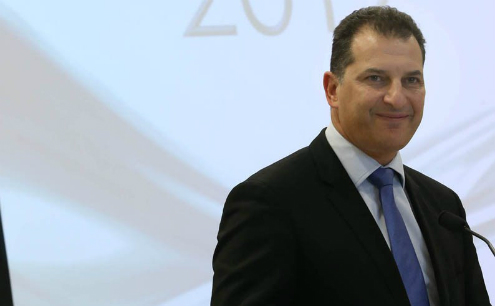 Bulgaria would hope to attract natural gas from Cyprus if its planned gas hub at the Black Sea, to transport gas from Russia and the Caspian Sea to southern and central Europe, goes ahead, it said recently.

Bulgaria will launch a feasibility study next year on building a €1.5 billion ($1.7 bln) hub at the Black Sea port of Varna that would use gas pipeline links it is already building with neighbouring Greece, Serbia, Romania and Turkey, and eventually also an undersea pipeline from Russia.

Cypriot gas supplies can flow through the pipeline that Bulgaria is building with Greece and Bulgarian Energy Minister Temenuzhka Petkova said Sofia is ready to boost its capacity if needed, after meeting her Cypriot counterpart Yiorgios Lakkotrypis in Nicosia.

“Natural gas from Cyprus is one of the options to feed the natural gas hub,” the Energy Ministry quoted Petkova as saying.

Sofia has yet to attract Russia to the idea of its gas hub, which has the support of the European Commission. The European Bank for Reconstruction and Development is also ready to support the plan.

Cyprus, where US energy firm Noble discovered an estimated 4.5 trillion cubic feet of natural gas in one prospect in late 2011, is considering Bulgaria as a country en route to shipping Mediterranean gas to Europe, the energy ministry quoted Lakkotrypis as saying.

“We intend to deliver natural gas to Bulgaria through the gas interconnector with Greece or the LNG terminal near (the northern Greek city of) Alexandroupolis,” Lakkotrypis said.

He said he would like to examine in detail the Bulgarian government’s plan to build a gas hub.

Bulgaria plans to have the gas pipeline with Greece operational at the end of 2018. Sofia also plans to take a stake in the planned LNG terminal at Alexandroupolis in Greece, which will be linked to the pipeline.