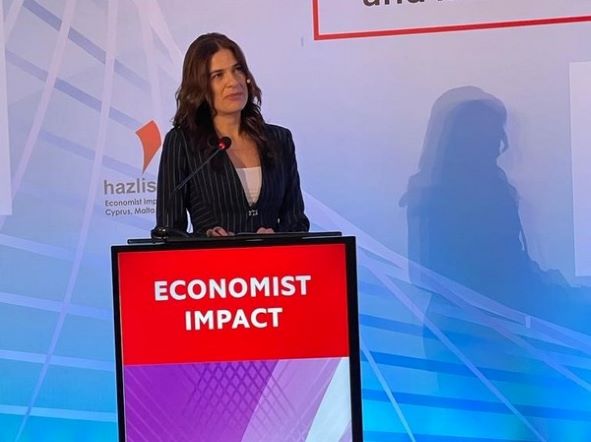 Bureaucratic delays for foreign companies to be slashed

The government hopes the fast-track mechanism it has introduced to simplify processes for foreign businesses wanting to set up operations in Cyprus will finally end the long bureaucratic delays that have been a major disincentive for companies for many years.

This was the message from the four ministers who spoke at a round table meeting at the presidential palace on Friday attended by members of the international business community, several of whom gave testimonials about their experiences.

President Nicos Anastasiades, who addressed the gathering, explained that one of the main objectives of the government Long-Term Growth Strategy 2035, was “to establish Cyprus as a prosperous, reliable and competitive business hub” that “provides conditions under which any investor can thrive.”

The government recognised the importance of simplifying procedures for the employment of third country nationals, family reunification (allowing spouses to move and work here), speeding up the process for granting long term residence permits and reducing the number of years required to apply for naturalisation from seven to five. Tax incentives would also be offered to employees as well as for investments in innovative ventures and R&D.

These measures will come into force at the start of 2022, as long as the two relevant bills – on tax incentives and naturalisation – are approved by parliament, said Finance Minister Constantinos Petrides, explaining that the measures were the result of consultations with representatives of foreign businesses whose suggestions were included in the incentives scheme.

“There is every reason to be optimistic about the new strategy because it incorporates everything we learned from you,” said Energy and Commerce Minister Natasa Pilidou.

The fast-track activation mechanism that had been in force for the last year and attracted 22 companies despite its limitations, would now be upgraded to the Business Facilitation Unit which will help a company register in Cyprus, receive name approval and guidance on licensing processes among other things.

All will depend on the effectiveness of the employment processes. Interior Minister Nicos Nouris, who is in charge of migration policy, said the new strategy would scrap restrictions on the number of foreign staff employed by a company which, from January 1, would be free to employ any number of highly-specialised third country nationals, under certain conditions.

Nouris was responding to a scathing testimonial about the migration department made by Prabha Jha, managing director of MSC Shipmanagement, who has been working here since 1989. Jha not only referred to bureaucratic delays (two months ago, 160 calls in two weeks were made to the migration department for an appointment without success) but also to racist attitudes at government offices.

He said employees at many government offices should choose their words more carefully when dealing with people of different colour “as exchanges with some human beings in these offices are truly inhuman.”
Peter Valov, CEO of forex company Exness, highlighted what the government was losing out through the employment restrictions. Valov said that the Cyprus economy lost €8.5 million over the last two years because Exness employees were working from abroad.