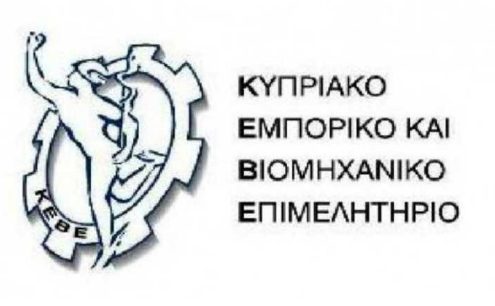 To the financial sector, the business leaders appealed for lower interest rates, the issuing of new loans, and more and better loan restructuring.

Speaking at the annual general meeting of the Employers and Industrialists Federation (OEV), its president Christos Michaelides and his counterpart at the Cyprus Chamber of Commerce and Industry (KEVE) Phidias Pilides both welcomed the recent improvement in economic indicators but want to see more effort in boosting the real economy.

“One must consider the real economic environment and the state of our businesses,” he said. “There has been a reduction in turnover, prices and profitability, serious liquidity problems, lack of access to finance, increased property taxes and persecution for late payment of tax and social security etc,” said Michaelides.

“And all of this after a large number of businesses suffered in the haircut… not to mention the daily struggle with unbridled bureaucracy and other obstacles. Survival alone is a feat. ‘The crisis has opportunities’ remains only a slogan because there are few firms with liquidity to invest.”

To maintain the expected improvement based on the latest indicators, the economy needed as a start more spending on development, Michaelides said. “We also expect the complete reorganisation of the public sector to make it more efficient… a system that rewards and motivates hard work…,” he added, citing the advantages of outsourcing government needs to the private sector.

He said OEV welcomed the recent adoption of the insolvency framework by the House as a means to help stabilise the banking sector and allow Cyprus access to the European Central Bank’s quantitative easing programme.

“Although financial institutions and the banking regulatory and supervisory framework have been strengthened, there is no visible move towards granting new loans either to viable households or businesses,” Michaelides said. He also urged banks to extend opening hours.

One of the major obstacles for faster development is the “unacceptable, unproductive, time-consuming and expensive bureaucracy that is stifling business”, he said. “Attracting foreign investment and encouraging broader investment activity is paramount for the influx of capital, employment and direct and indirect involvement of Cypriot enterprises,” Michaelides added.

Michaelides’ comments were echoed by KEVE’s Pilides who added: “We understand that these issues are neither easy nor simple but we must turn our attention to the problems of the real economy. If we continue with the same mindset as previous years, the laws of economics will punish us again.”

President Nicos Anastasiades also addressed the AGM, giving a run down on the positives but acknowledging the failings. “We know that the state has often not been friendly to private initiatives, not intentionally, but because the institutions that we have created did not allow it,” he said.

“You must know that our determination to reform and modernise the state is a given.”