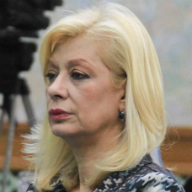 The cabinet has approved a new plan to help the long-term unemployed, it was announced recently.

Speaking to reporters at the Presidential Palace after the meeting, Labour Minister Zeta Emilianidou said the plan had a total budget of €7 million with €300 000 coming from the European Social Fund.

The plan is aimed at the long-term unemployed and would consist of a subsidy of 60% of labour costs.

The duration of the employment would be for ten months with the subsidy. It would then be extended another two months, which would be paid by the employer, thus guaranteeing employment for a year, the minister said.

Emilianidou said theaim was for 1,200 long-term unemployed – those without a job for more than six months to benefit from the scheme.