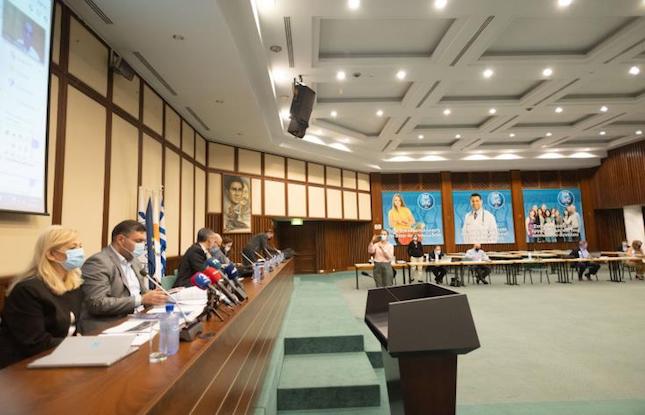 The Cabinet on Wednesday approved a supplementary budget of €250 million to cover needs arising from the handling of the pandemic.

In statements after the meeting, Finance Minister Constantinos Petrides said that the decision was taken “despite the fact that €150 million were committed in the 2021 budget for emergency situations arising from the handling of the pandemic.”

The supplementary budget of €250 million will cover employment support schemes and schemes for businesses and the unemployed, worth €140 million, to be implemented by the Ministry of Labour until May this year.

The budget will also cover a spending of €60 million for the purchase of coronavirus vaccines and antigen rapid tests, as well as consumables, medical supplies and services to support the Ministry of Health. Another €50 million will be allocated to dealing with various other emergencies that may arise within the year in relation to the pandemic.

The proposed supplementary budget’s impact on the fiscal balance is estimated at 1.2% of GDP, Petrides said.

He said moreover that the Cabinet approved a draft bill concerning the provision of government guarantees to credit institutions for lending purposes to businesses and the self-employed affected by COVID-19. The Minister said that a number of changes took place in relation to a previous plan, submitted by the government, after consultations with political parties.

Petrides said that government guarantees of €1 billion will lead to increased liquidity in the economy, worth at least €1.43 billion.

On her part, Minister of Labour Zeta Emilianidou said that Cabinet also approved the extension of employment support schemes until June 2021.

It is very important that our schemes will continue to support employment, with particular emphasis on hotels and businesses affected by the situation in tourism, the Minister noted.

Emilianidou also welcomed the European Commission’s decision to give the green light to Cyprus’ schemes, approving an additional financing of €125 million, with the total financing assistance reaching €604 million.